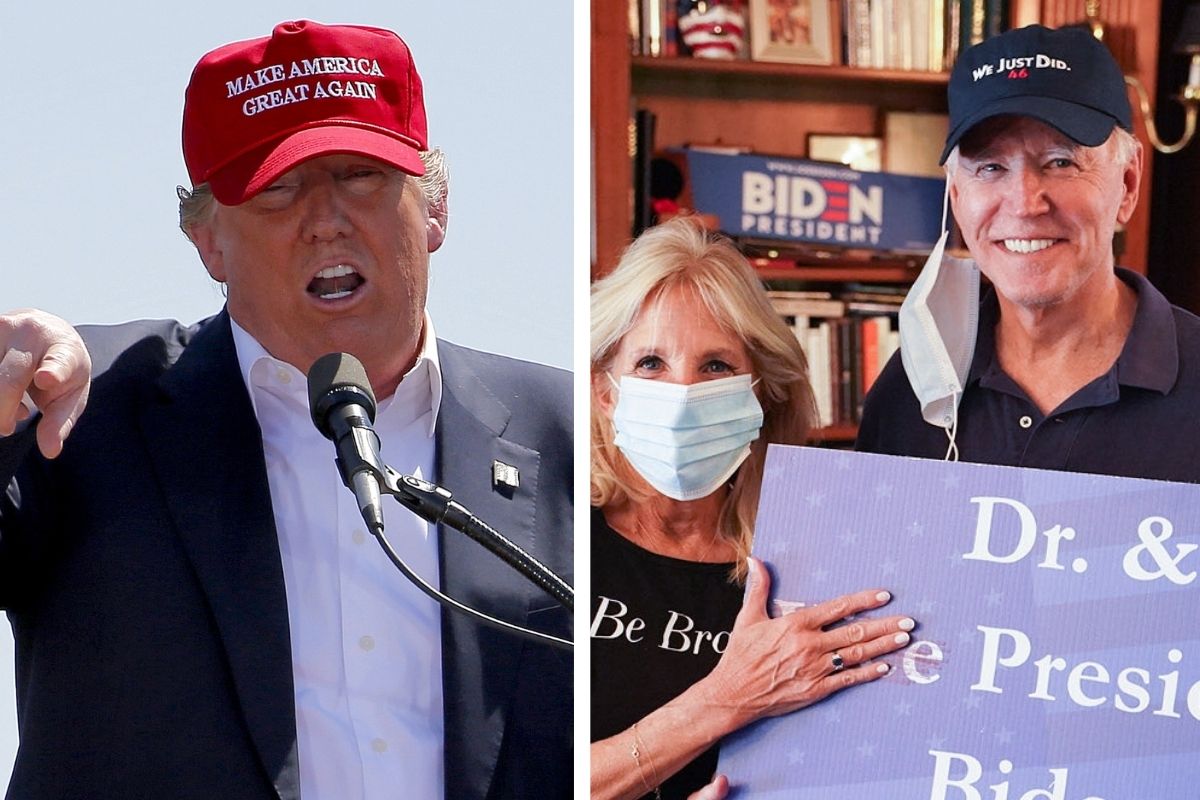 After a nerve-wracking presidential election week, former Vice President Joe Biden secured the popular vote and the required electoral votes to be declared as the next president of the United States. Ever since, the Biden family, mostly Biden’s granddaughters, have been posting several behind-the-scene moments on social media, showing their support for the new president.

And like always, the internet has quite a few things to say after his big win. In a photo shared by Biden’s Wife, Dr. Jill Biden, the couple is holding a sign that says “Dr. and Vice President Biden Live Here.” The soon to be First Lady is seen covering up the “Vice” with her hand, because well, Joe is officially going to be the President of the United States. But, the President-Elect was pictured wearing a hat in the photo that says, “We Just Did” along with the number 46.

Biden: “We Just Did”

He will be a President for all of our families. pic.twitter.com/iGPKLMMIcK

The 46 is an obvious reference to him becoming the 46th President of the United States, and one can assume the “We Just Did” is a referendum to him winning. But, internet trolls, specifically on Twitter and Tiktok users have now attacked Biden, saying that the slogan is an actual direct response to Donald Trump’s signature “Make America Great Again” and “MAGA” baseball caps. Which, I mean, I can kind of see why they think that. “Make America Great Again” red hats…”We Just Did” blue baseball caps? Yeah, I see it, but hey, the internet always has something to say. I will say I applaud Biden’s marketing team because they knew what they were doing.

After searching the image on Twitter, there were some very hilarious and interesting responses to the hat. Some were proud saying they needed retailers to create t-shirts and other merch to match Joe Biden’s hat, and some were offended as expected. Jokes aside, President-elect Joe Biden’s campaign has numerously rooted in the idea of uniting the country.

Social Media Reacts to ‘We Just Did That’ Hat

In his first victory speech as president-elect, Biden (who was alongside Vice President-elect Kamala Harris) emphasized his message, noting, “I pledge to be a president who seeks not to divide but unify, who doesn’t see red states or blue states, only sees the United States. I’ll work with all my heart, with the confidence of the whole people, to win the confidence of all of you, and for that is what America, I believe, is about. ” He continues,

“For all those of you who voted for President Trump, I understand the disappointment tonight. I’ve lost a couple times myself. But now, let’s give each other a chance. It’s time to put away the harsh rhetoric, lower the temperature, see each other again, listen to each other again, and to make progress. We have to stop treating our opponents as our enemies. They are not our enemies; they are Americans. They are Americans. The Bible tells us everything there is a season: A time to build, a time to reap and a time to sow, and a time to heal. This is a time to heal in America. Now this campaign is over.”

What do you think? Is Biden trolling Trump’s MAGA hats? I’m gonna go with yes on this one. I bet Amazon is going to jump at the opportunity to sell these.