Joe Rogan is sort of a jack-of-all-trades. He’s a UFC commentator, a stand-up comic and hosts one of the most successful podcasts on the internet. The comic has a lot of outspoken opinions, but when he went hunting with a few local characters, all they were able to talk about was shit.

RELATED: Few hecklers have been torn down better than this guy who irked Joe Rogan

Rogan joked that he has a friend that “hangs out with critters too much” and can identify any type of feces. He quipped, “I should have taken a shit in my yard and said ‘what kind of animal is that?’ He would have said ‘mountain lion.’ I would have said ‘no, talking monkey.'”

RELATED: She turned her redneck neighbor into an internet celebrity–here are the greatest hits

While they were mostly overcome with laughter, they were able to keep it down enough not to scare away any of the animals. Or, maybe they weren’t, they didn’t end up shooting anything in the video. 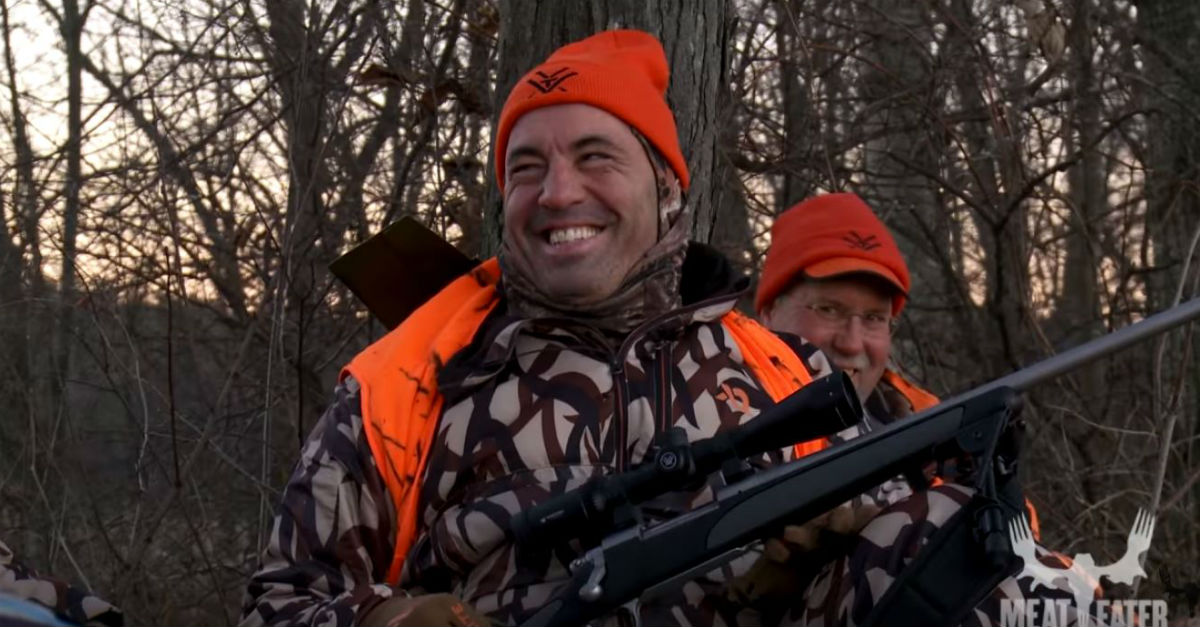