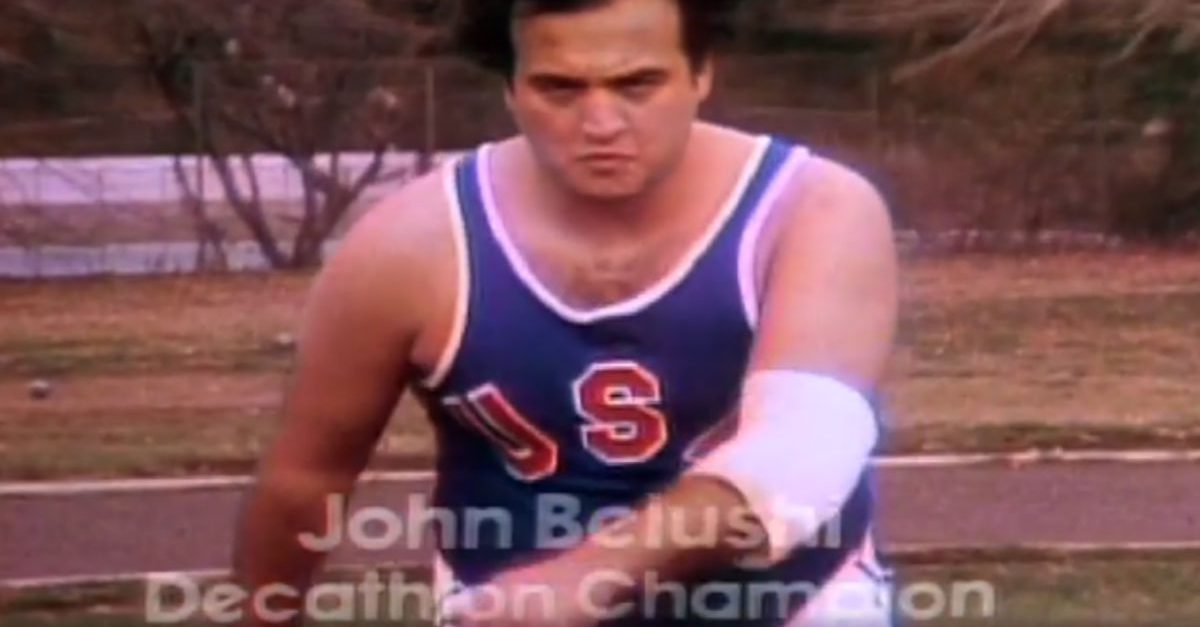 Last week, in lieu of the Rio Olympics, “Saturday Night Live” resurfaced this Olympics commercial that the late John Belushi did for the show back in the late ’70s. In case you don’t know who Belushi was, he was an American comedian, singer, actor, and was one of the seven original cast members of SNL. Over the course of four years at SNL, Belushi developed several successful characters including Samurai Futaba, Ludwig van Beethoven, and Henry Kissinger.

The fake Wheaties-esque ad for “Little Chocolate Donuts” showcases Belushi at his best, as the out-of-shape comedian is shown dominating the Olympic event after the Olympic event before he addresses the camera while smoking a cigarette in front of a bowl of donuts.

It’s hilarious bits like this that made Belushi one of the greatest stars of “SNL” history.

Belushi, unfortunately, died on March 5, 1982, at the age of 33, from drug abuse. The cause of death was ruled as a combination drug intoxication involving heroin and cocaine, which is a drug combination known as a speedball. His death was investigated by forensic pathologist Michael Baden, and while the findings were disputed, it was later officially ruled as a drug-related accident.

This article was originally published on June 21, 2020.

Watch: James Franco’s “SNL” Monologue Gets Interrupted, and the Internet Loves It