Comedian John Mulaney doesn’t drink anymore, which he explains “is not what you’re supposed to do when you’re Irish.”

“I quit drinking because I used to drink too much and I would blackout and I would ‘ruin parties'” he jokes, “so I would hear stories about myself.”

Hearing stories about yourself at parties is never a recipe for success.

The first story he tell is an innocent mistake between perfume and whisky.

“Someone came out of one of the rooms at this party holding an old antique bottle with some liquid in it, and they said ‘Hey, is this whisky or perfume?’ and apparently I grabbed it, drank all of it, and said ‘It’s perfume,'” he shares. “And it was.”

The next story he shares is an epic story about a party at a teacher’s house where the cops show up.

One thing leads to the next, and the teacher’s son ends up in big trouble after one important item goes missing. 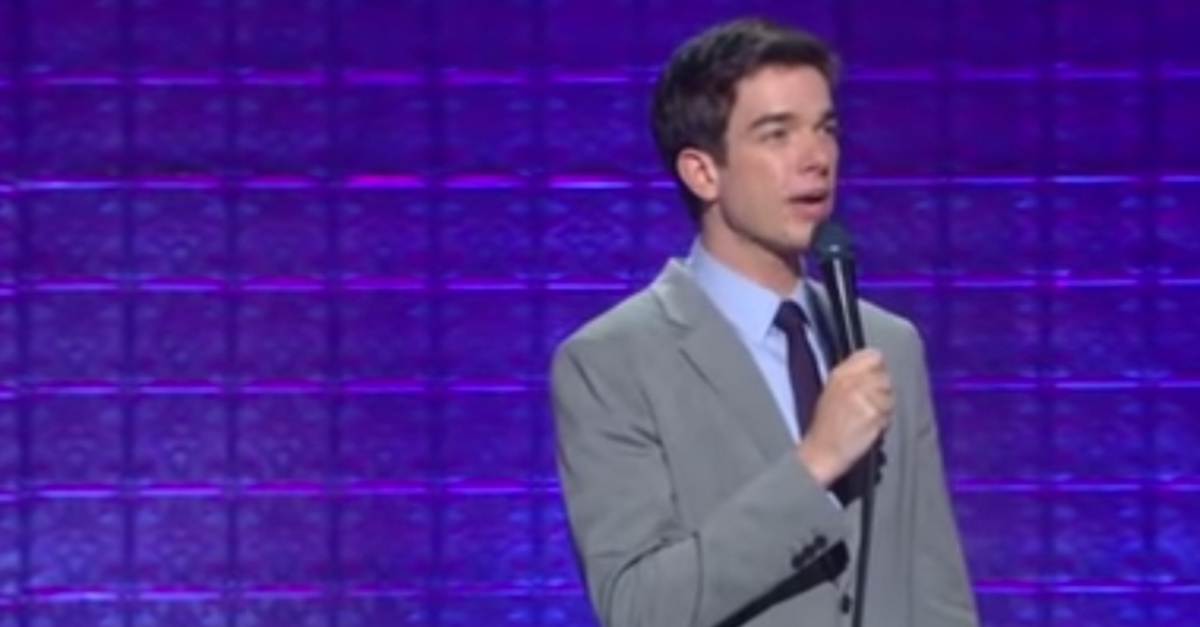