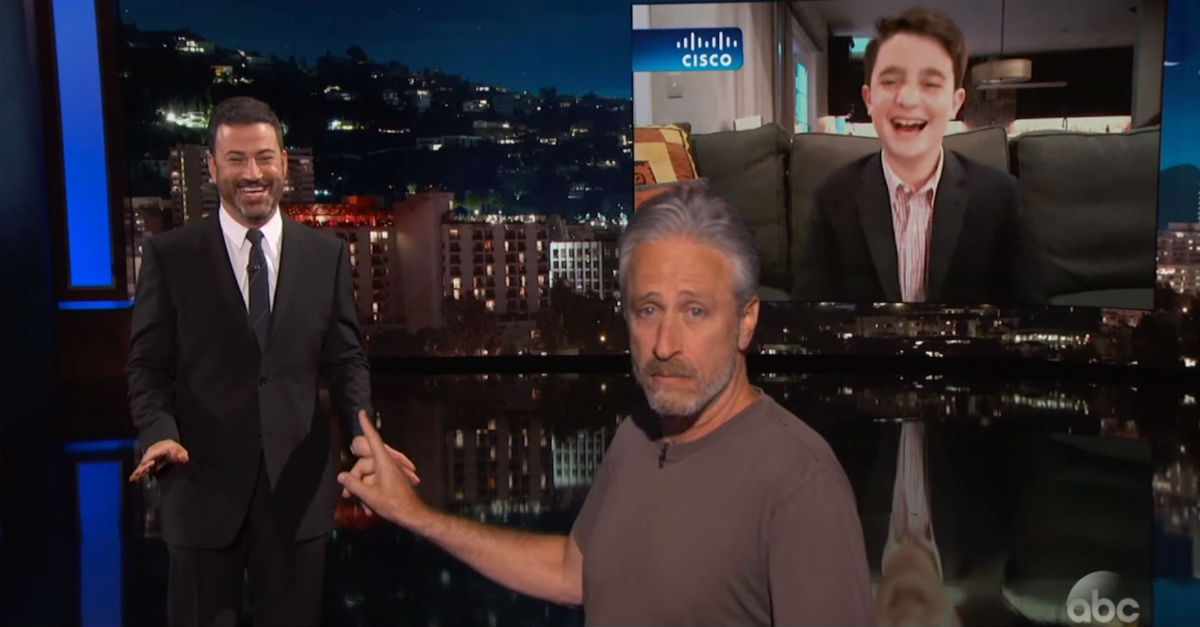 The young admirer called into the show via video conference when former “Daily Show” host Jon Stewart crashed the monologue.

RELATED: Jon Stewart stops by the “Late Show” and delivers this message to the media

Stewart, who is Jewish, quipped, “Wouldn’t you rather idealize a talk show host who is also circumcised…he’s still, as the kids say, ‘wearing his hoody.'” He continued, “Don’t be fooled by his learned looking beard and his puffy eyes, he’s not rabbinical, he’s just unhealthy.”

And, of course, the story had a happy ending. The young man stated he is giving half the bar mitzvah money he received to the Children’s Hospital of Los Angeles.