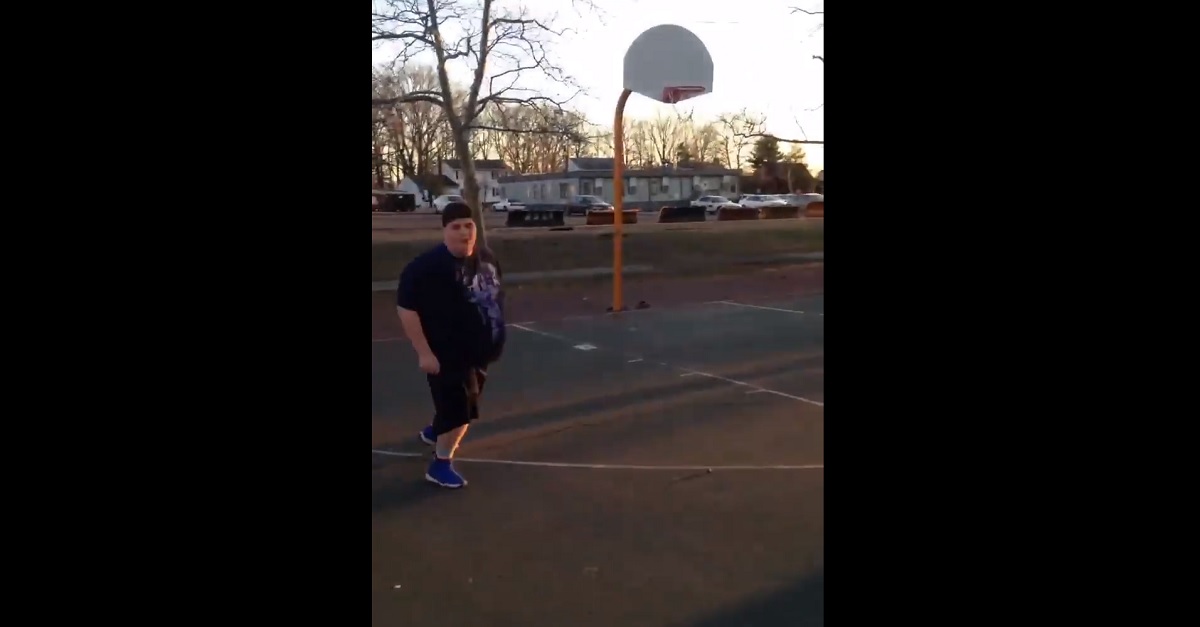 Jumpman jumpman, this fat boy be up to something.

…And maybe that something shouldn’t be basketball.

Basketball mixtapes are still a thing for recruits trying to show off their skills to prospective schools or teams. Of course, those recruits are usually dunking or showing off some flashy crossover that drops an opponents.

RELATED: Melissa McCarthy takes over SNL as the funniest, yet worst basketball coach ever

This one… well, this one features the opposite.

Despite the hilarious lack of basketball skills here, the best part might be ESPN’s Stephen A. Smith overlaid on audio, as if he is commentating on the tape. Of course, knowing Stephen A’s opinion’s on basketball, he might actually think this tape is a high display of basketball skill.

Well, at least this kid is out there trying. That’s more than some people can say.