Justin Hartley just raised $10,000 for breast cancer research by taking his shirt off.

On “Ellen,” host Ellen DeGeneres will spend the next month raising money for breast cancer research by having people volunteer to play her game, “Oops! My Water Broke,” in which two contestants try to remove sticks from a tube and get pelted by falling water balloons, with the money being sponsored by Ulta.

RELATED: This “Wheel of Fortune” guess will make your jaw drop

This time, it was DeGeneres and “Spotlight” star Rachel McAdams playing the game, while Justin Hartley of “This is Us” and “Smallville” volunteered to be in the hot seat, which ended up being hotter than expected.

“Justin, Ulta just told us right before the show that they will donate an extra $10,000 if you take your shirt off,” said DeGeneres to Hartley, who shrugged and took off his top.

The game then began, with McAdams and Degeneres trying not to soak Hartley by pulling the wrong stick out of the tube, but with DeGeneres trying a little less hard than McAdams.

“Is the water warm in there?” asked McAdams.

“No, it’s not warm,” replied DeGeneres, as she played with a smile.

The game ended with DeGeneres pulling the last stick and the mass of water balloons crashing down, leaving a soaked and shirtless Hartley. 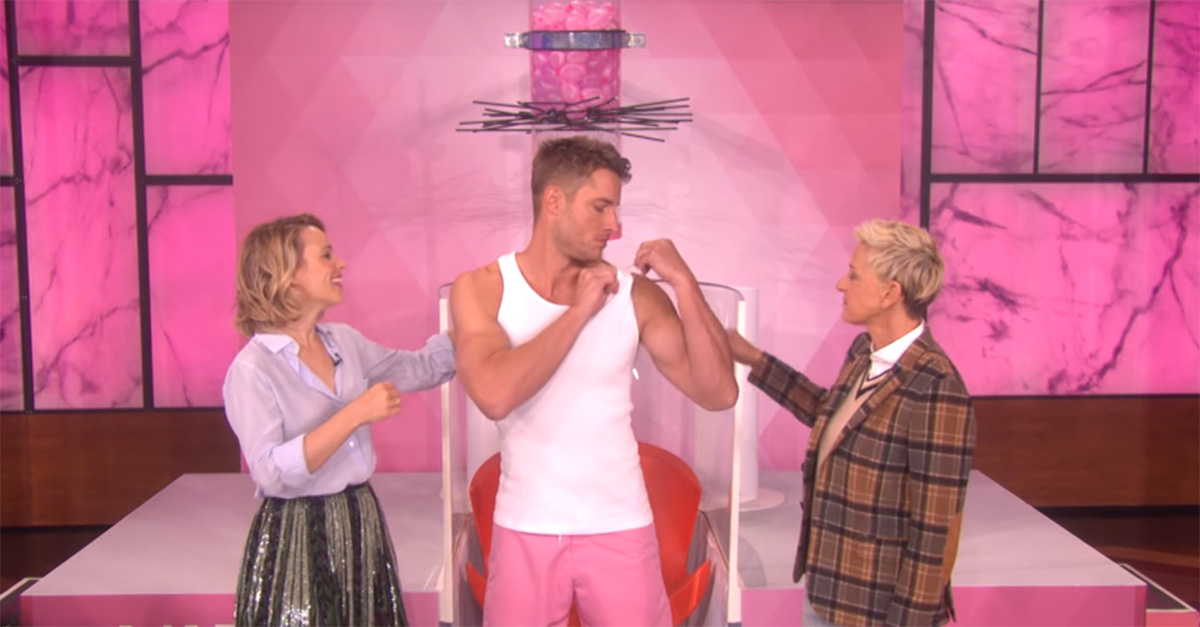