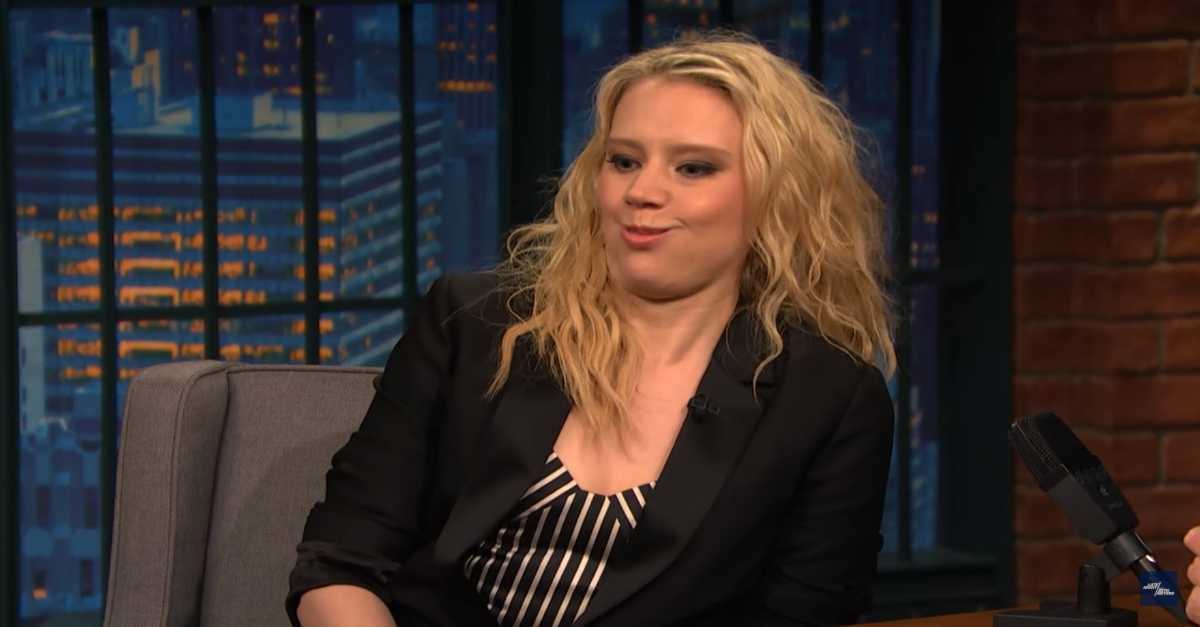 NBC’s Saturday Night Live was currently on hiatus, which meant we weren’t going to get to see SNL cast member Kate McKinnon’s awesome Attorney General Jeff Sessions impression until later that fall. But we did get a little taste of it on Tuesday night’s SNL edition of “Late Night With Seth Meyers.”

“There’s the joyfulness with which he proceeds,” McKinnon told Meyers. “It began as a joke pitch, and then it just sort of happened.”

“He’s got this funny little mouth,” she continued, while transforming her face into that of the 70-year-old former senator. McKinnon also said she “couldn’t help” but impersonate Attorney General Sessions while watching the his Senate hearing.

“Now with Sergey Kislyak, now I only met him two times,” McKinnon, as Sessions, said as the audience burst into laughter. “OK, three times. But the third time was in a men’s restroom. And we was just talking about what a trial it is to get soap out of those electric soap dispensers.”

“As for Jim Comey, he asked me to keep Trump out of his way, right?” she went on. “And they’re sayin’ I didn’t respond. But the truth is, I didn’t hear him. Now, this guy’s about 6-foot-8, and I had heard a sound above my head. I thought it was a cicada.”

I absolutely adore Kate McKinnon. I think she’s refreshingly talented since most of the characters she tends to play on SNL are the most grotesque ones to play, and she’s absolutely hilarious. She definitely encapsulates what SNL tries to do with their content, making jokes that should be pretty messed up, almost acceptable because of how funny she really is. I’m telling you guys, I have yet to find another SNL cast member that I love more than her. She can do all the impersonations she wants.