President Obama has been in retirement for almost six months, and for the most part he’s stayed out of politics. Instead, he’s been hanging out on islands with celebrities and occasionally skydiving. On Tuesday night, Keegan-Michael Key stopped by the “Late Show” and talked about the era of Trump and his former character “Luther the Anger Translator.”

Luther was the angry side of Obama. While the president kept his cool, Luther sometimes appeared at his side (most notably at the White House Correspondents’ Dinner) and hollered his true feelings. Colbert decided to read the official statement by former President Obama in response to the Obamacare replacement attempts, and Luther interpreted.

Key joked, “I spent a full year in open bipartisan sessions, and everybody had a say […] What y’all hiding? […] Maybe y’all don’t want anyone to see you’re cooped up in a dungeon, over a kettle, just making a potion.” Then Colbert read Obama’s statement on Trump’s wall, and Luther joked about Trump’s remarks that the wall should be transparent to prevent people from being hit in the head by flying bags of drugs. 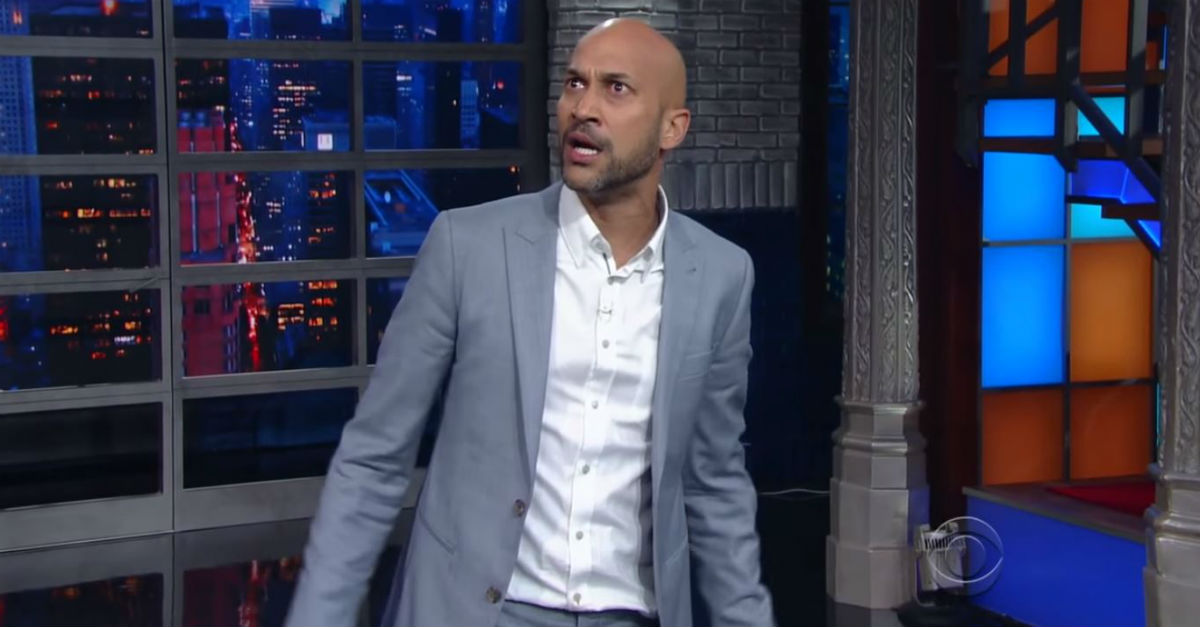