When a politician or political operative makes a gaffe, the internet immediately jumps on them — when Obama wore a tan suit, Twitter had a ball. And nobody has been hit harder than Kellyanne Conway. We all remember her “alternative facts” interview. On Wednesday night, Conway appeared on Sean Hannity’s show — and she brought flashcards.

.@KellyannePolls: "What's the conclusion? Collusion? No, we don't have that yet." #Hannity pic.twitter.com/hWLQ9WPpc3

The internet did the rest.

RELATED: Trump and Putin finally met and of course it got Photoshopped into something way more suggestive

Dammit, I thought we settled this. pic.twitter.com/yM3FL83CxO

On a side note, Hannity has had great ratings over the past few nights. On Tuesday, he hosted Donald Trump Jr. According to Variety, 2.9 million people tuned in to watch that interview.

look at these photographs pic.twitter.com/cgBryPo8Is

NO WE CANNOT DO THIS AGAIN pic.twitter.com/viezcZ8bHN

Unsurprisingly, most of the memes leaned hard to the left.

I don't know if this is better or not. I'm going to stop fiddling with it and go to bed. Good night, and make fun of Kellyanne. pic.twitter.com/nxSqoQ7qgG 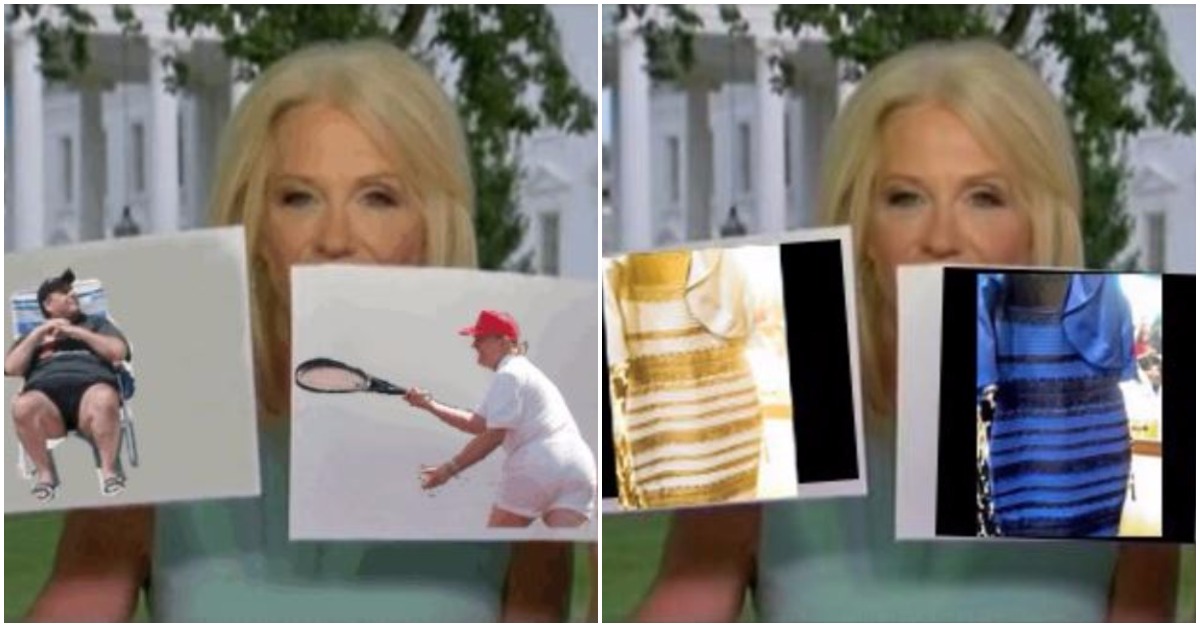