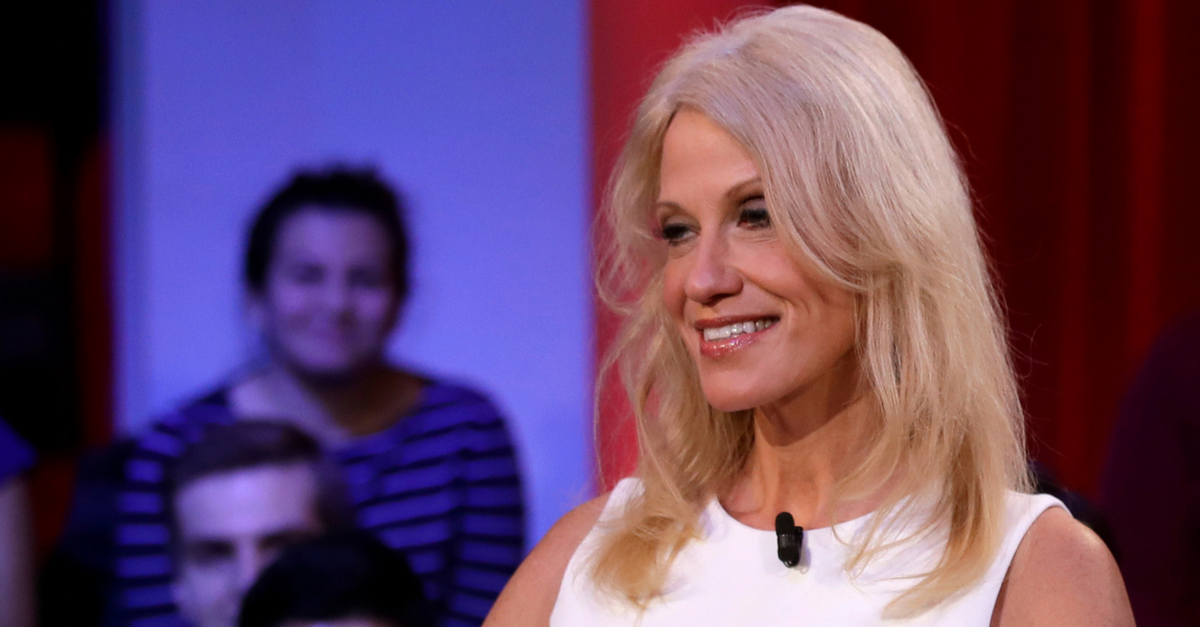 Kellyanne Conway has been a face of Donald Trump’s movement since she replaced Paul Manafort as campaign manager. When she took the reins, the current president’s campaign was in something of a tailspin, and in almost no time, she turned Donald Trump’s antics into presidential material. Yesterday she sat down with the Hollywood Reporter to talk about everything from the media to “SNL.”

Unlike Donald Trump, who is no fan of “Saturday Night Live’s” portrayal of him, Conway doesn’t seem to mind being lampooned on the show. In fact, she even enjoys it a little bit, saying, “Kate McKinnon clearly sees the road to the future runs through me and not through Hillary.” Her only advice to the iconic show is to make the portrayal of her “a little more happy.” She initially was offered the position of press secretary, which she turned down to be named “counselor” to Donald Trump.

McKinnon has played Conway for a few months, first appearing in a cold open when Donald Trump was preparing to establish his Cabinet. Prior to that sketch, the “SNL” actress wore a Hillary wig and sauntered around as a smug version of the Democratic presidential nominee.