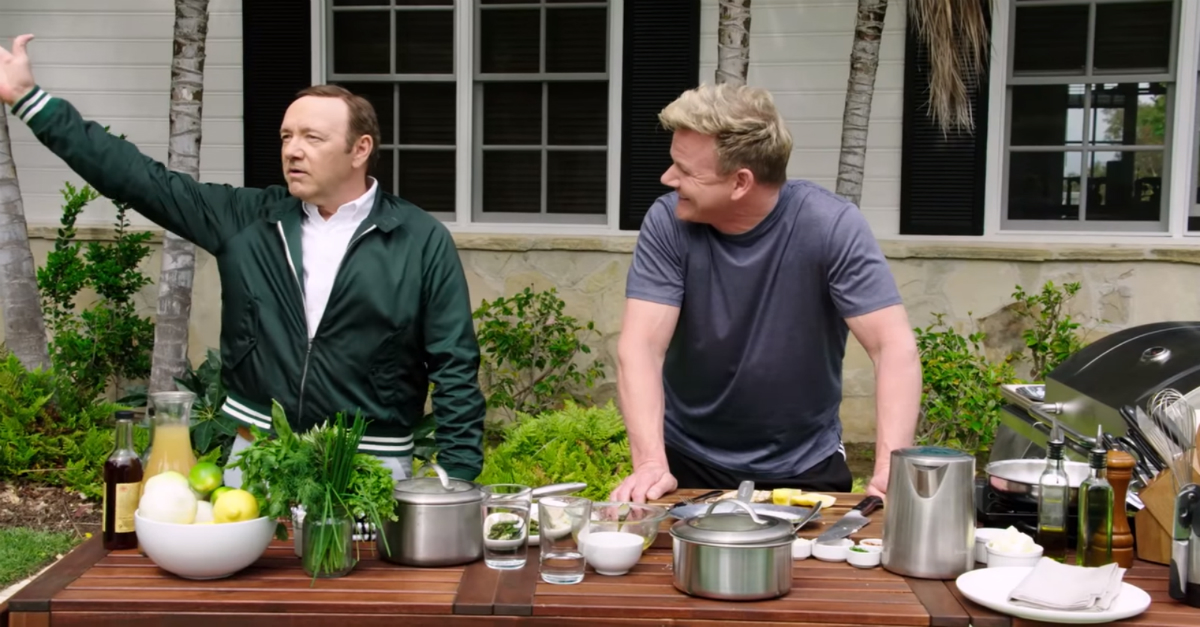 As the first guest on Gordon Ramsey’s new show, “The F-Word,” actor and Hollywood legend Kevin Spacey attempted to plug his upcoming one-man play, “Clarence Darrow,” while chowing down on some tasty looking fish.

But the chat quickly turned into a swear-off, and Spacey seemed determined to out-cuss the king of cussing — no easy task. Spacey describes Ramsay’s fish as “fucking, fucking, fucking good,” right before telling him off-camera to “fuck off.”

Ramsay fires back with some of his own foul-mouthed tirades, but remarkably, Spacey manages to hold his own, and Ramsay eventually admits defeat: “Damn! I’ve been out-fucked.”

The full interview airs during “The F-Word” premiere Tuesday, May 31 on Fox.