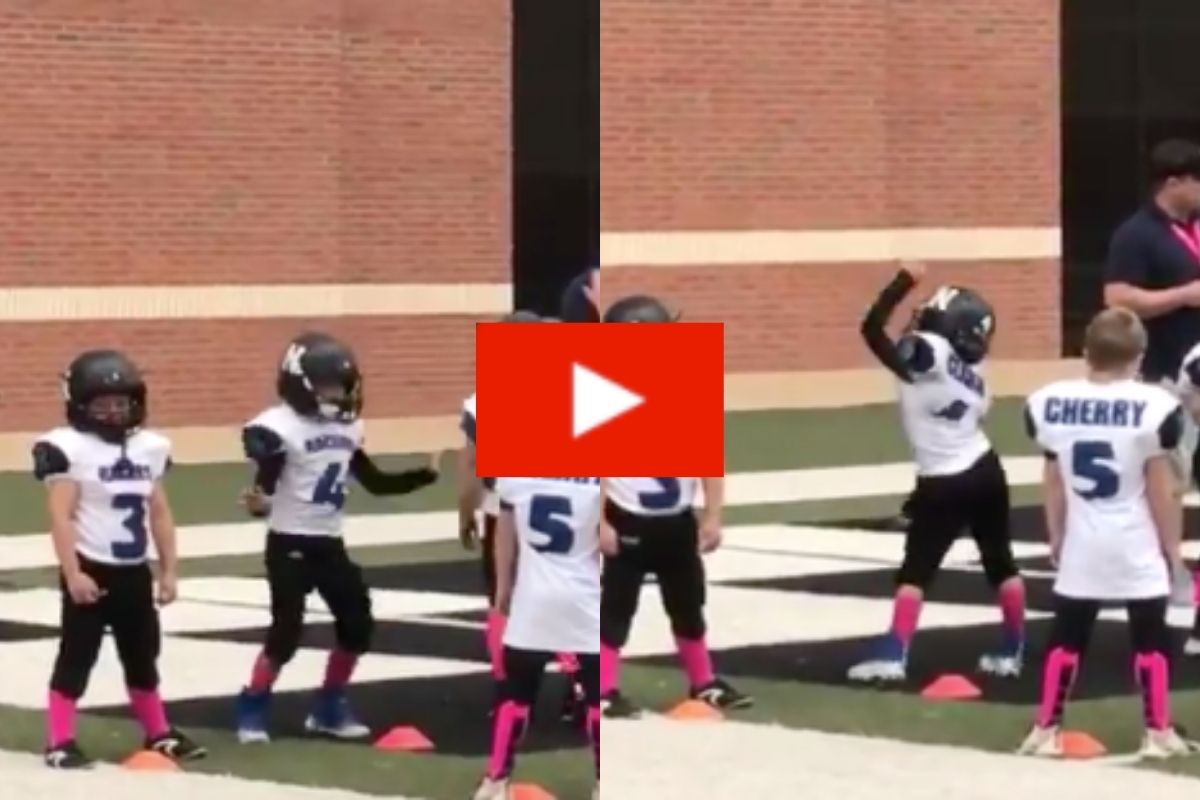 I miss having the shamelessness and energy that kids have. They lack the ability to be embarrassed as they’re still learning about the world around them, and what’s embarrassing about kids being kids anyways? Their innocence is not only endearing, but it can also be hilarious too. Maybe kids are here to serve as the light-hearted entertainment that adults need from everyday life too.

Take this kid who’s getting ready for what looks like a football game. As his coach is taking him and their team through warm-up exercises, this kid decided he would warming up his heart rate with a different type of aerobics that didn’t necessarily involve jumping jacks or static stretching. Standing at his own cone, while his teammates are around, his warm up routine didn’t consist of arm circles, but rather dance moves. And it’s definitely a good way to get your blood flow going.

Coaches already try to find fun exercises for kids that will get in their dynamic stretching and increase their body temperatures so that they won’t get injured. Especially for football players, where these kids are probably tackling each other, fun warm ups have to include making sure each body part is ready, otherwise injury can be imminent.

Either way, this kid is making sure his physical activity includes all types of range of motion. He starts by jumping around, then turns around to shake it a little bit. He’s clearly into the pump up music as the classic warm-up song you hear at every game is playing. His mom, Twitter user @JilliMack2, recorded her kid doing the light cardio, and you can hear her and another person laughing at how bold her child is.

At least she doesn’t have to worry about making sure she has active kids. Her child is movin’ and groovin’ all by himself, and it looks like it doesn’t matter whether he’s in a dance class or a football game, he’s going to bust a move.