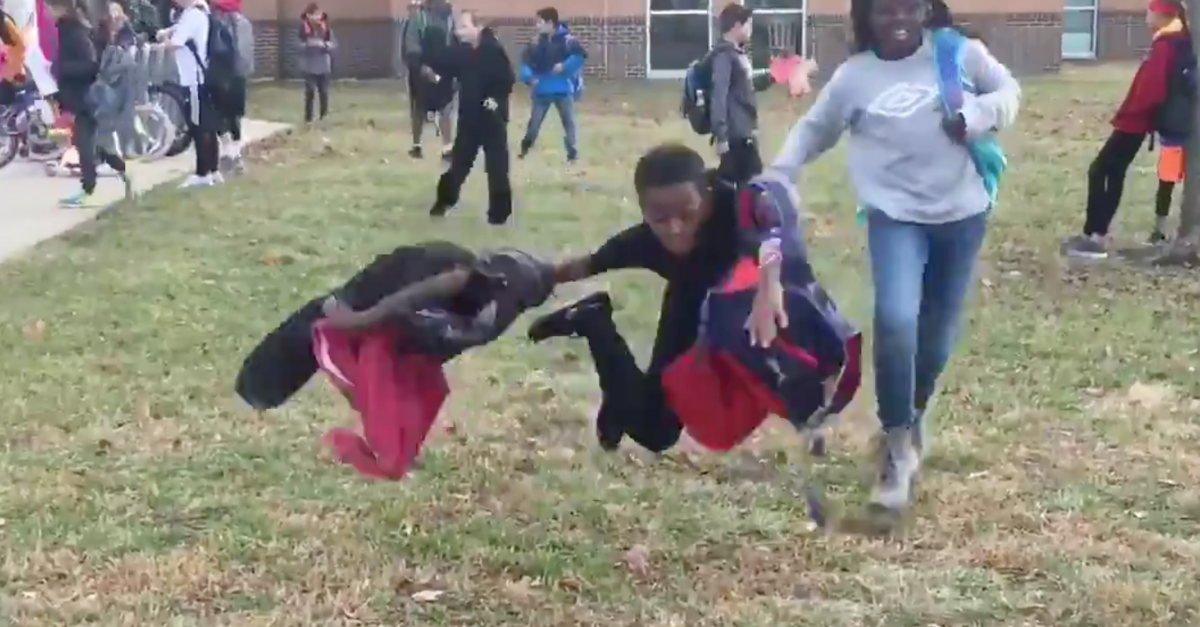 Olathe, KS father Chad Jenkins posted a video compilation of his son Jalen getting picked from school every day. Despite that being one of the least newsworthy sentences ever written, here it is, on a news site. Why? Because the video is of the kid just absolutely eating it sprinting to the car. Over and over again.

Kansas fifth grader Jalen Jenkins’ dad has been being filming him running to the car at the end of the school day over the course of the year and results are… pretty fantastic.

It’s a pretty great video, which is why I waited until after you watched it to let you know that it’s fake. But only sort of fake! Jalen is actually falling. He’s just falling on purpose. According to the kid’s dad — and obviously confirmed by this video — Jalen has the pratfalling ability of a professional stuntman or some sort of Vaudeville comedian. The kid falls with violent grace. It’s legit impressive.

This isn’t even the first video that’s been posted of Jalen’s impressive physical acting skills.

This kid is basically on the path to become the real-life Rod Kimble.

Shoot for the stars, Jalen. Because even if you miss, you’ll still fall hilariously.

This article was originally published on December 17, 2018.

Watch: Prince George apparently has a backup career plan if being king doesn’t work out