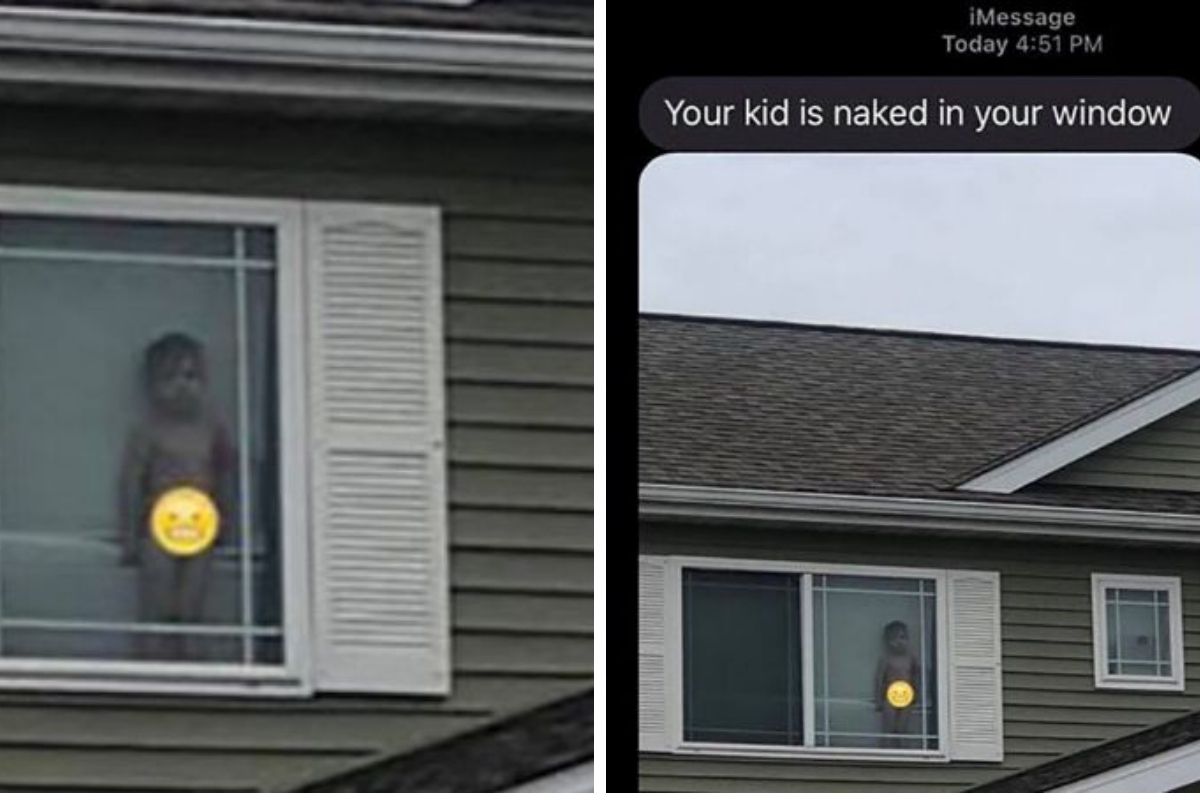 Parenting is hard, we all know that. Especially when it comes to toddlers. Those terrible two’s can really get to us sometimes. I think it has to do with having so much energy in their tiny bodies. So much so that it’s like they want to run to the next adventure really quickly. And 2-year-old Dax is the proof of that. The little rascal decided to take a peek outside, to say hi to his neighbors. Although it doesn’t sound like anything bad, well, turns out Dax was naked.

Yes, just standing inches away from the upstairs window with his hand on the glass. Unfortunately, at the time of his incident, his mom Jeni was taking a shower and didn’t know what he was up to. Luckily, a neighbor spotted Dax and then texted mom, “Your kid is naked in your window.” Not going to lie, this is got to be the funniest text I have ever seen.

Jeni Boysen shared the hilarious text message exchange through a Facebook Post because well, it was amazing and the whole world should see it. She noted “Ya know. Sometimes you think you’re doing okay at life and then you get a message like this from a neighbor. I Just cried I laughed so hard. This is exactly the laugh I needed tonight.? Social media is great.

Yes, I cried too, so much so my stomach hurt. She?s totally right though, raising a two-year-old is like pulling out that wildcard from UNO. Unexpected. Speaking with Bored Panda, Jenny said Dax was actually waving at the people passing by and she had no clue he had left the room. The little boy was reportedly sitting on her bed watching Peppa Pig, while she had a quick shower. When she went out 5 minutes later, he was back on the bed.

The Joys of Parenting?

Oh the joys of #parenting… 🤣 https://t.co/rAQxcl7XNq

So yes, this kid just sneakily tried to pull a fast one on poor mom. But, luckily, the neighbor was there. After she got the text, she said she showed the picture to the toddler but didn?t seem interested. ?He just said ?That?s Dax.? I think he doesn?t fully understand big everything has gotten.?

Which, I don’t blame him, he?s 2-years-old. This kid probably didn?t even think this was a bad thing. He just wanted to peek outside. Parenthood seems fun.

Editors Note: This article was originally published on February 17, 2020.