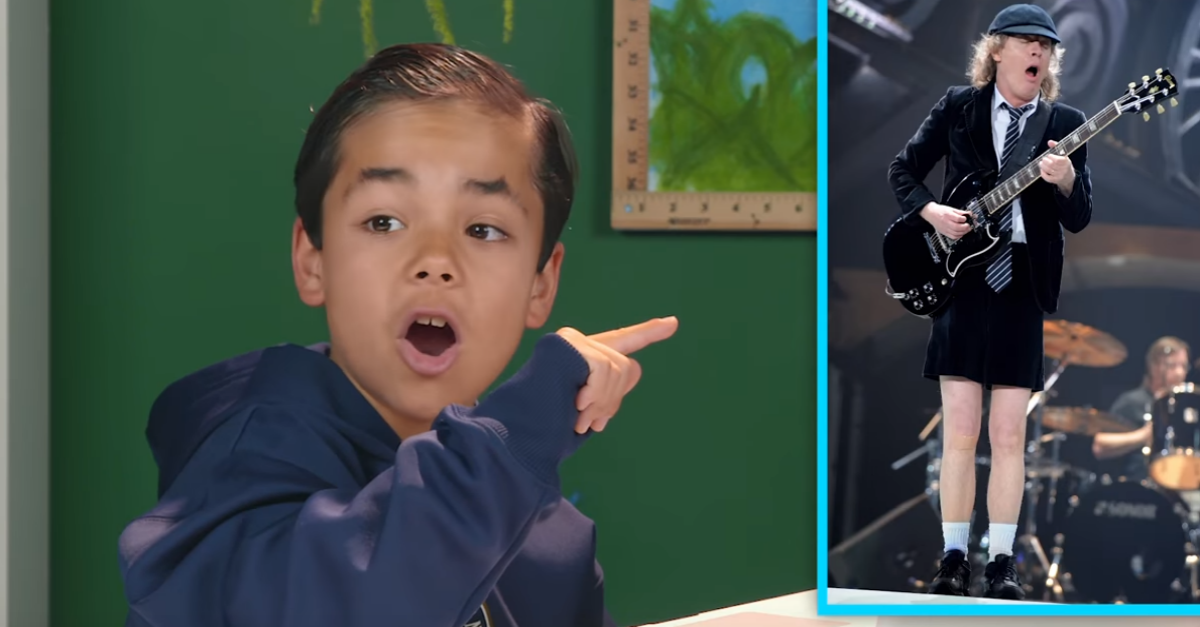 For every generation, it seems like the younger “kids” are listening to music that pales in comparison to the masters of our time. Elvis was seen as dangerous by older Americans; Elvis fans in turn considered Led Zeppelin to be “just noise”; and later, Zeppelin fans listened to hip hop with grimaces on their faces.

RELATED: ’90s kids may squeal at this incredibly satisfying video of a Furby being obliterated

In a video uploaded to YouTube on April 16, 2017, Fine Brothers Entertainment decided to play AC/DC classics for a few kids and get their takes on the iconic riffs from “Highway to Hell” and “Back in Black.” While a few of the kids mentioned that they’d heard of AC/DC before, they were all impressed by Angus Young’s opening bars of the hit “Thunderstruck,” and one of the youths commented that Brian Johnson’s vocals reminded her of “a little gremlin voice.”

RELATED: When a bunch of bagpipe players get together to play “Thunderstruck,” it’s just as absurd as you might expect