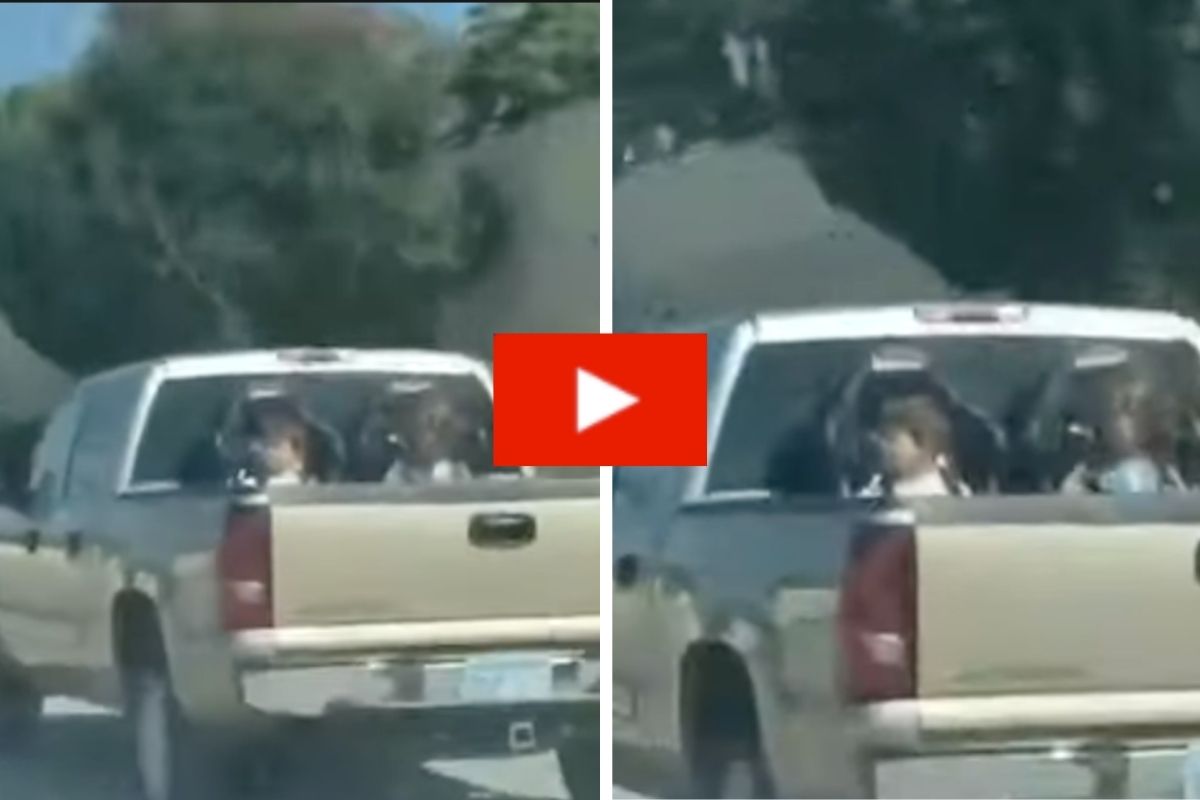 The “Redneck Parent of the Year Award” might be all sewn up after seeing this video. It’s now “Chugging a beer and hopping on a jet ski with your 2-year-old” levels of hillbilly and irresponsible. Dmitri Fernandez was driving down Route 54 in Wichita, Kansas, when he noticed the pickup truck in front of him had some interesting cargo in its bed. Children.

The two kid were strapped into car seats in the back of the pickup truck as it sped down the highway heading to God knows where. Walmart? Dairy Queen? To check out an old pontoon boat listed on Craigslist? The possibilities are endless.

2 Children Strapped to Back of Truck Driving on Highway

Police who spoke with local news assured viewers that what this motorist was doing was extremely illegal and unsafe. They neglected to say stupid, but yes, also it’s really stupid. That is, unless you’re not totally appalled by the idea of your truck flipping over and crushing your small children like they’re melons. Or your kids getting hit in the face with some crap on the road an 18-wheeler kicked up. Or your kids, you know, just being generally terrified by riding in the back of an open truck as the wind roars in their ears and other large, scary vehicles rush past them.

Is there actually a more redneck way to transport your children than this? Maybe in the back of a Trans Am, not even buckled in at all, or in a getaway vehicle leaving the scene of a roadside fireworks store robbery on July 5th. The list of candidates is not a long one, though.

There is no word on if this motorist was found and told, “Please do not continue to egregiously endanger the lives of your young children” but, um, hopefully that happened.

Editor’s note: This article was originally published on September 15, 2019.