While Michael Richards has a pretty large black spot on his career in the form of a racist tirade, his “Seinfeld” character, Kramer, is perhaps one of the most memorable in sitcom history. He deserves to be mentioned in the same breath as Barney Fife and Joey Tribbiani.

One of the most memorable Kramer moments is the scene where he has a bit too much scotch.

RELATED: Kramer didn’t cave to the blooper, but the rest of the Seinfeld cast was in stitches

In this episode, Elaine is dating a reformed alcoholic, and she’s afraid that he might be drinking again. Kramer is called in to test whether or not one can “smell a drink.”

It seems that the eccentric neighbor quite enjoys the drink, which Jerry claims he’s been using as paint thinner. Kramer declares, “I could do a commercial for this stuff,” and brands the catchphrase, “Hennigan’s no smell, no tell scotch.” 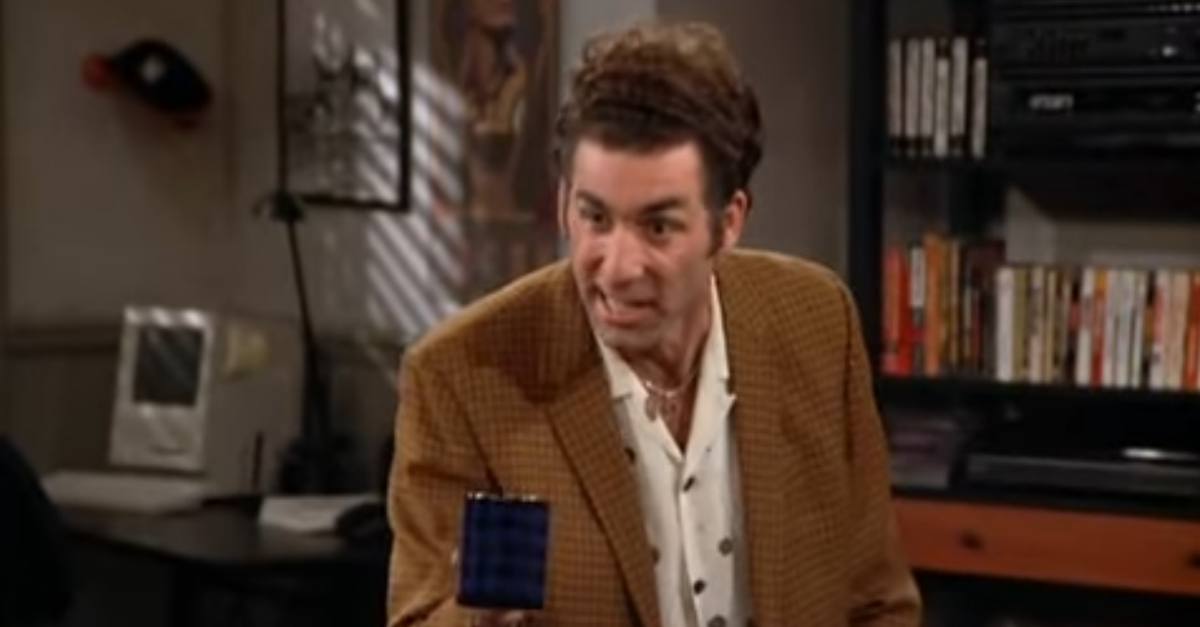