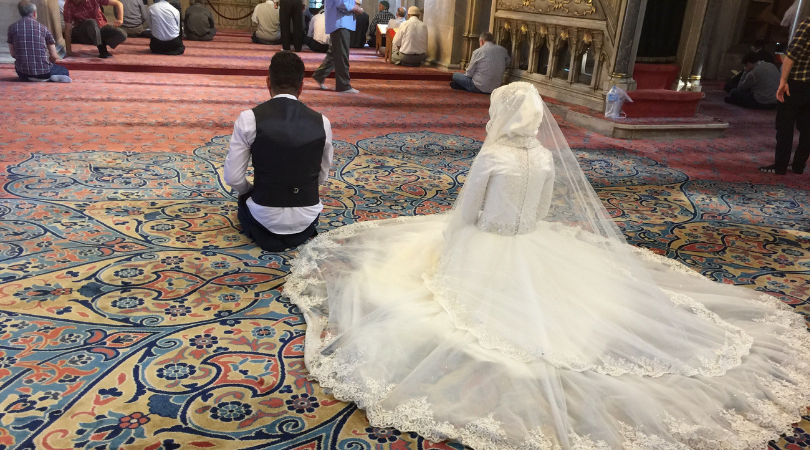 The honeymoon was over real quick for a bride and groom in Kuwait who apparently couldn’t even make it off the altar before getting divorced. The newlyweds had just finished signing their marriage contract for the judge when the bride tripped while leaving and her new husband was all like, “Haha smooth move idiot! Walk much!?! Hope you’re not as bad at doing it as you are at walking CUZ YOU SUCK AT WALKING HAHAHAHAHA!” (Or something to that effect.)

The bride — who must not have ever met or spoken to her husband before (interests: soccer, reading, laughing at the clumsy) — was furious at her husband for mocking her fall and immediately demanded that the judge annul the marriage. So the judge did. Three minutes after it was signed into existence the marriage was annulled. Authorities believe it was the shortest marriage in the history of Kuwait.

Who knew upsetting a bride on her wedding day could end poorly? Is it not custom in Kuwait to point at laugh at the bride at the moment she feels most vulnerable? Is that just in America? Someone always laughs at the bride at the weddings I go to. It’s always me, and I always get asked to leave immediately after, but the point still stands. Different strokes, I suppose.

It’s going to be tough sledding for the groom from here on out. He’s got to be infamous in Kuwait now. He’s the guy who sucks so bad that his wife left him after three minutes. Maybe he can get a lucrative reality show deal in Kuwait. “How Long Can You Stay Married to the Most Annoying Man in Kuwait” or something like that.

Either that or this was all a stunt by Kuwait’s version of Logan Paul.

This article was originally published on February 6, 2019.