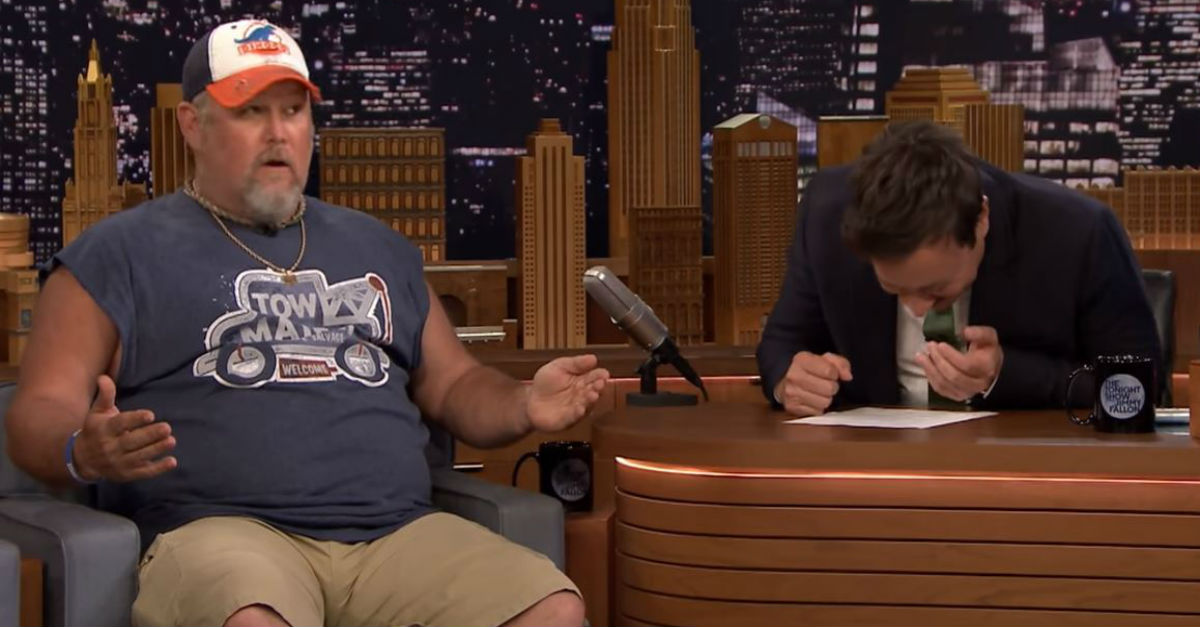 It’s been a while since we heard from Larry the Cable Guy, but the “Blue Collar Comedy Tour” celebrity is still around and getting into all kinds of mischief.

On Friday night, Larry sat down with Jimmy Fallon on the “Tonight Show” to talk about his shenanigans.

RELATED: Larry the Cable Guy weighs in on the current state of country music

The comedian stated that summer is his favorite time of year–in no small part because of his love of water parks. When Fallon confessed that he’s never visited a water park, Larry explained, “Picture everybody at Wal-Mart with bathing suits on.”

Amazingly, he claimed that he was almost “beat up at a family water park.” Larry said, “I’m in line waiting on this ride, there’s this dude latching on this big old inner tube, and I’m like ‘hey where’d you get that big old inner tube?’ He’s like ‘that’s my wife you son of a bitch.'”

Larry said he’s also looking forward to going to the zoo, though he’s not a fan of the bad zoos. He claimed: “Weirdest thing I’ve ever seen at a zoo was a bunch of nuns and penguins staring at each other.”