You don’t have to be a ’90s kid to be familiar with Mike Myers’ genius creation “Wayne’s World.” What started out as an “SNL” sketch soon evolved into two of the most successful comedy films of the decade.

1992’s “Wayne’s World” and its sequel “Wayne’s World 2” — which was released the following year — are still being enjoyed by movie fans of all ages, and rightfully so. Both movies are endlessly quotable — so much so that movie theaters halfway across the world host “quote along” screenings where attendees are encouraged to dress up as a character from the movies and “schwing” along with Wayne and Garth.

RELATED: When Steven Tyler and Aerosmith appeared on Wayne’s World they made television history

Thankfully, there’s no shortage of “Wayne’s World” compilation videos on the internet. The video above features some of the funniest scenes from the first movie, and the one below contains highlights from the sequel.

Obviously, most of these jokes wont be funny unless you’ve already seen the films. So if you’re a fan of funny movies. and you haven’t seen either of these gems. go watch them. Now! 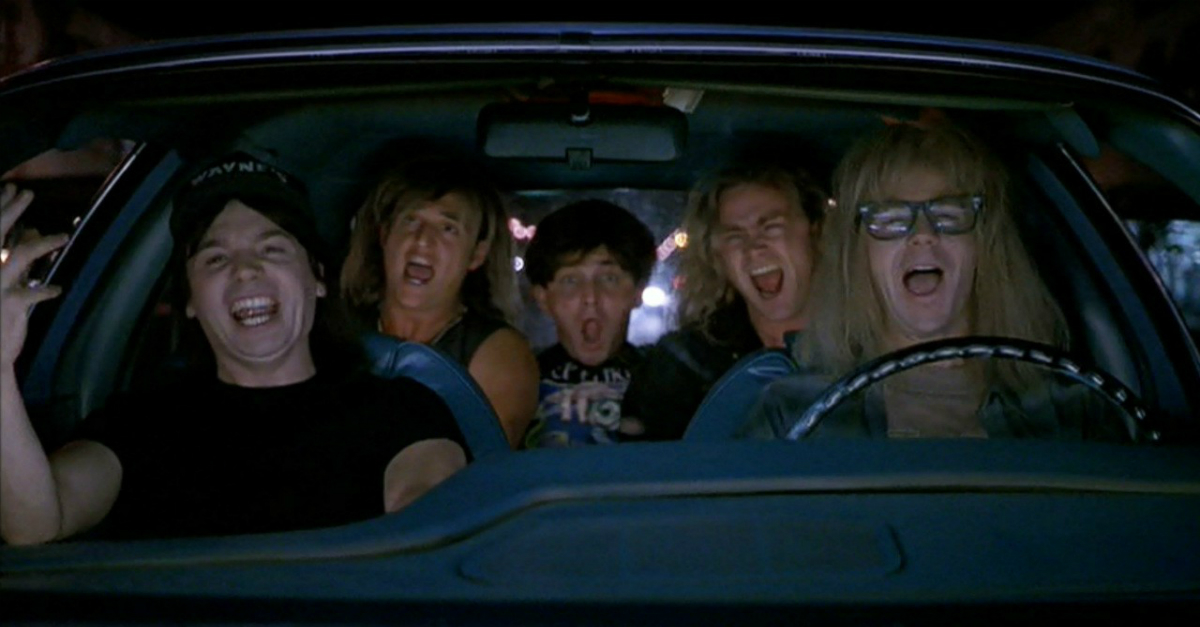