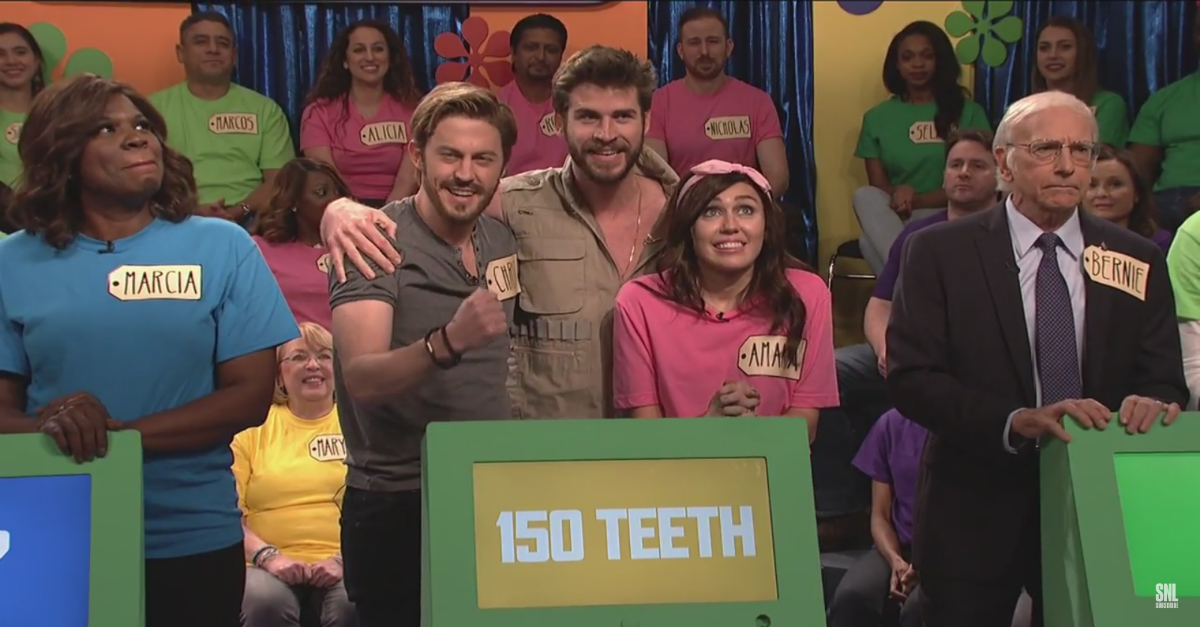 Australian heartthrob Liam Hemsworth dropped by studio 8H for a surprise appearance on a recent episode of “Saturday Night Live.” He performed in a sketch alongside his pop star fiancée Miley Cyrus, who was the musical guest on the episode hosted by Larry David.

During a sketch that parodied the long-running game show “The Price Is Right,” Cyrus played an audience member who had been paired with a celebrity contestant — her future brother-in-law Chris Hemsworth, portrayed by “SNL” cast member Alex Moffat.

RELATED: Try as he might, Larry David just couldn?t keep a straight face during this ?SNL? sketch

?Do you have a brother?? Cyrus asked.

Liam Hemsworth then joined his real-life ride-to-be and fake brother onstage after the latter said he wanted to ?phone a friend,” — despite being informed by Beck Bennet’s gameshow host that that wasn’t an option on “The Price is Right.”

Liam just stopped by to support his brother on The Price is Right! #Livefrom8H #SNL