Guy Filmed Self Licking Deodorant at Walmart, Got Arrested and Charged with Terrorism 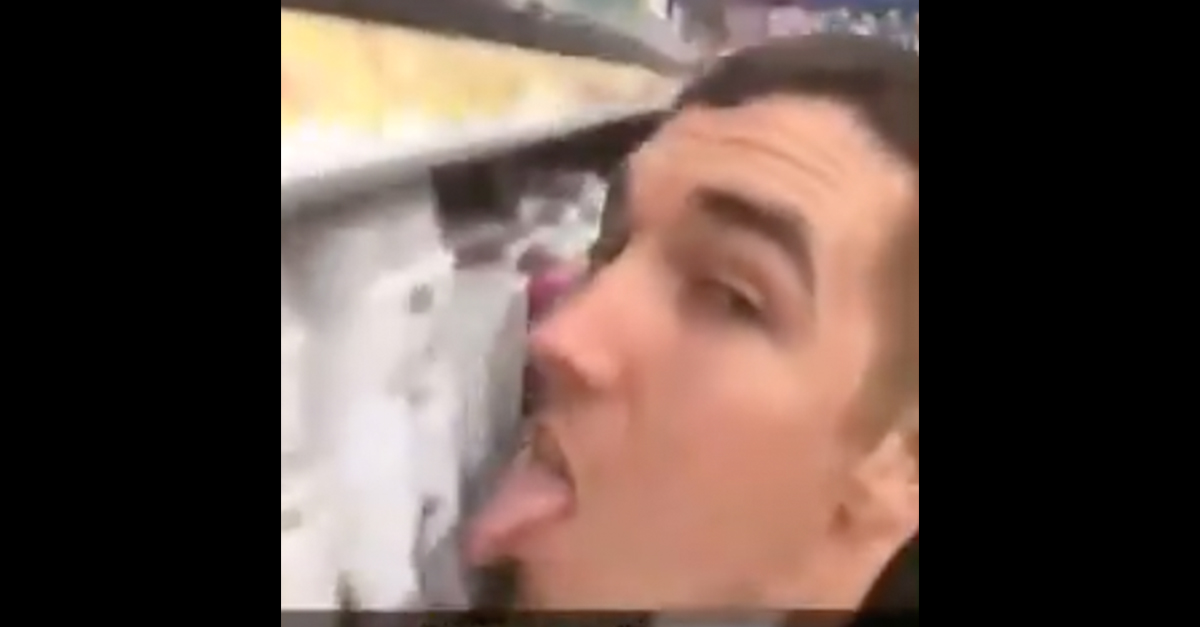 A Warrenton, Missouri man may have earned first place on the all-time list of “People Who Regret Doing Something Dumb for a Video” (non-porn, non-death division) after he filmed himself licking deodorant in a Walmart and saying he wasn’t scared of Coronavirus.

26-year-old Cody Lee Pfister regrets making that video and posting it to Twitter because he has since been arrested and charged with a terrorist threat in the second degree by the Warren County Prosecuting Attorney’s Office.

People were so disgusted with the video, which received over 4 million views, that the Warrenton Police Department received complaints from all over the United States as well as from the United Kingdom, Ireland, and the Netherlands.

According to Pfister’s attorney, his client made the video on March 10th, a day before the World Health Organization declared COVID-19 a pandemic and that he was not yet cognizant of how serious the virus is.

1. Terrorism charges feel like a lot for this guy, but only because of the timing. If he did this today I would say yeah, sure, bury him. Clearly he has a pretty solid lawyer.

2. I wonder how the other prisoners reacted to hearing what he was in for? I really can’t get a gauge on this one. Furious because he might have the virus and a prison is basically the worst place to be during a pandemic because you’re in close quarters and, quite frankly, people don’t really care if you die? Or maybe they just laughed?

3. Just the latest and potentially most ironic example that going viral is almost never worth it. For every yodeling Walmart boy named Mason Ramsey there are a hundred dudes losing their hands in lawnmowers or getting arrested for something weird like this or rubbing their junk on their neighbor’s cat.

This story was originally published March 26, 2020.