“The Tonight Show Starring Jimmy Fallon” had a full cast on Thursday night when Elijah Wood, Susan Sarandon and Little Big Town joined the show for a game of “Musical Beers.”

The game works a lot like musical chairs except with beer. Little Big Town singer Karen Fairchild showed why she’s one of the baddest ladies in country music, snatching the beers away from her bandmates (and Wood).

Eventually the game came down to Sarandon and Fairchild, but even the Hollywood actress wasn’t feisty enough to beat the country star.

So while you might love to listen to her music at a party, definitely don’t try to play drinking games with Karen Fairchild, as you’re sure to lose. 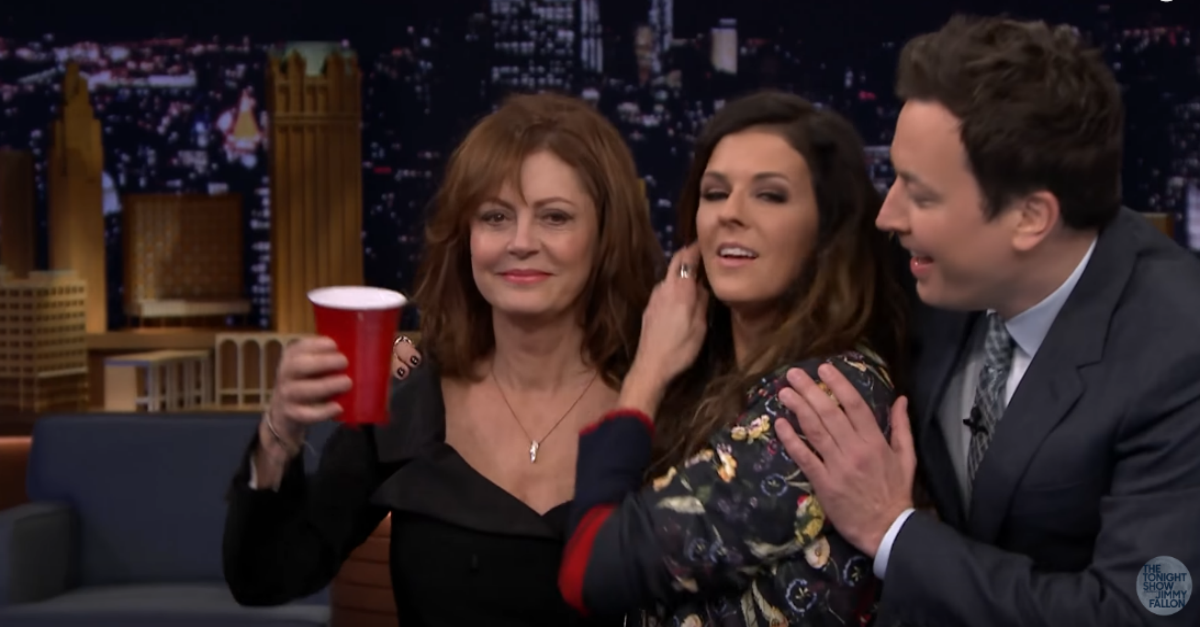