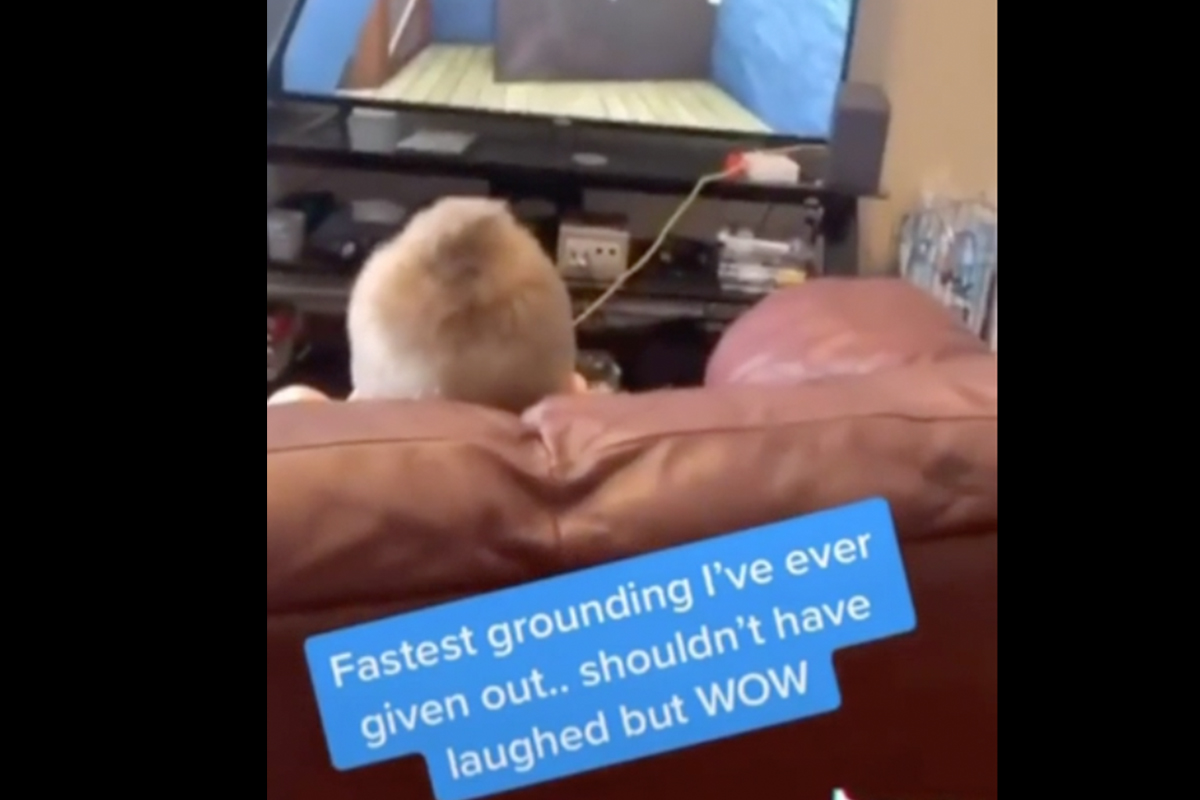 A little boy was filmed by his dad shrieking bad word after bad word at opposing gamers with whom he was apparently having some sort of disagreement.

he’s a dead man from KidsAreFuckingStupid

Good lord this is some aggressive behavior. Granted I scream at Tetris 99 on my Nintendo Switch just like this, but I’m an adult. I’m allowed to use horrifying curse words and react to unimportant things in such an immature way that it brings shame upon me and those who know me. That’s just common sense.

Regardless though, this kid’s video game cussing is impressive. The foul language is truly foul. You’ve got f-bombs, p-words, s-words. All the bad words. This is quality potty mouth.

The kid’s dad thought so too. He recorded his kid’s cuss spree and posted it to the social media app TikTok. Like the rest of us, his dad couldn’t help but laugh.

Maybe the funniest part of this video is that the kid was playing Roblox, which I do not believe is as heatedly competitive as, say, the game Fortnite. This is not some high stakes stuff. Also, Roblox apparently does not have a chat feature like most XBox and Playstation games, so it appears this kid was on the phone with a friend screaming this stuff. In other words he went extra out of his way to scream at this kid.

This is all just wonderfully hilarious though. Young children cursing at each other, using words they learned but barely understand while watching Twitch or YouTube videos. This kid definitely needs a screen time time out, but damned if I don’t enjoy his work.