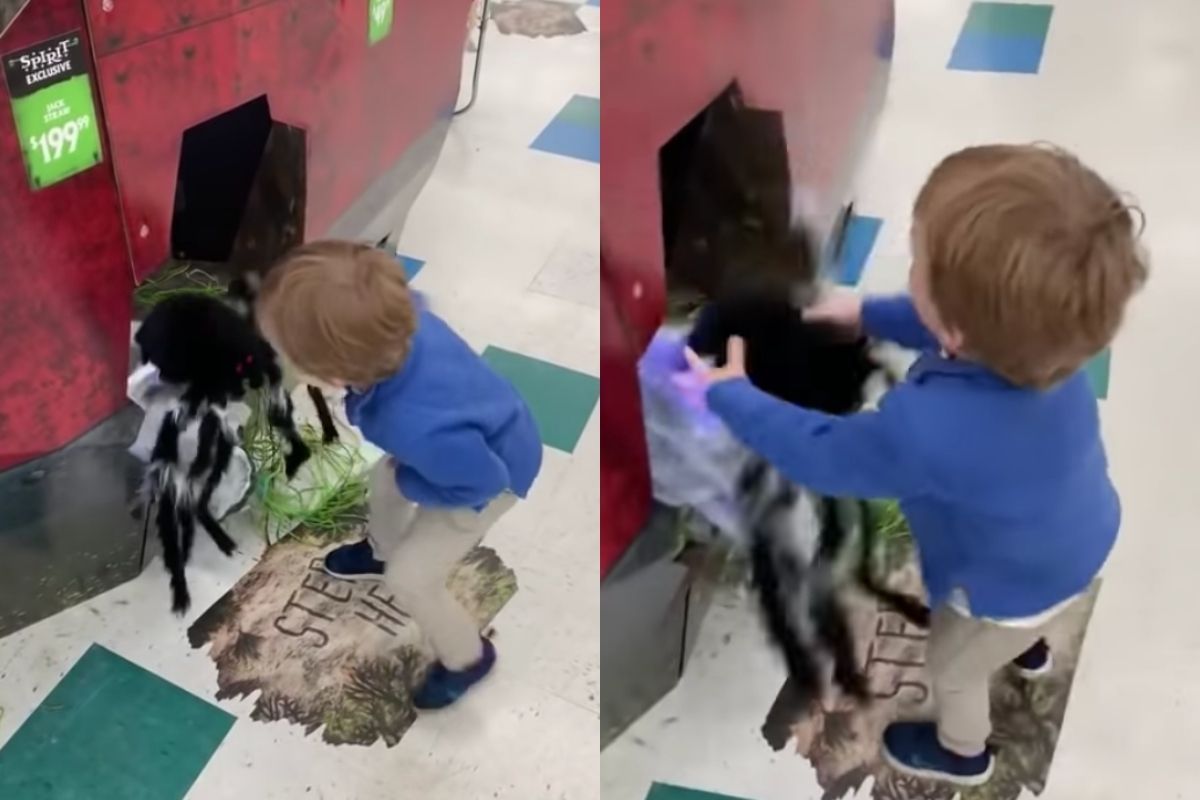 This is the bravest little boy alive (Under 5 Division) and I will hear no arguments against him. Charlie McCormick, seen here in a hilarious viral video fighting off a giant, terrifying, animatronic spider, is fearless.

Do you know what the world looks like to a toddler? Everything is huge. And scary. Anything and everything is a threat. Furthermore, as far as a toddler knows everything they see is real and so they take it at face value. There are no “Halloween decorations” or “costumes” or “tricks”. If they pass by a guy in a chicken suit handing out fliers for Popeye’s all they see is a human-sized chicken. There is no man in the early stages of a heat stroke inside the Mickey Mouse costume at Disney World. There is only Mickey Mouse.

So in this little boy’s mind, this was a very real and terrifying Halloween spider popping out to attack him at the mall he and his father Frank McCormick were visiting in Michigan. A live spider that was the same size as him and thus fully capable of sinking its sharp fangs into him, filling him with its venomous paralyzing agent, and sucking his liquefied innards out as he watched himself die — unable to move, unable to scream, and unable to look away until he finally slipped into the blackness, saved from the nightmare only by the sweet release of death.

Knowing all that, did this little boy run? Did he cry? Did he nuke his diapers? No. He fought. He didn’t get scared, he got angry.

Do you know what I would do if a real spider the size of me jumped out and attacked me? First I’d shotgun blast a turd through the back of my pants. Then I’d completely dehydrate myself by crying and peeing every ounce of moisture inside me out all at once. Then I’d probably try to offer myself to the spider sexually, praying to God that the hungry beast understood my upward-bottomed gesture and that it would simply take me as a sex-slave instead of a meal. Then I’d die. Of a heart attack. Before the eight-legged freak even touched me.

Editor’s note: This article was originally published on October 16, 2019.