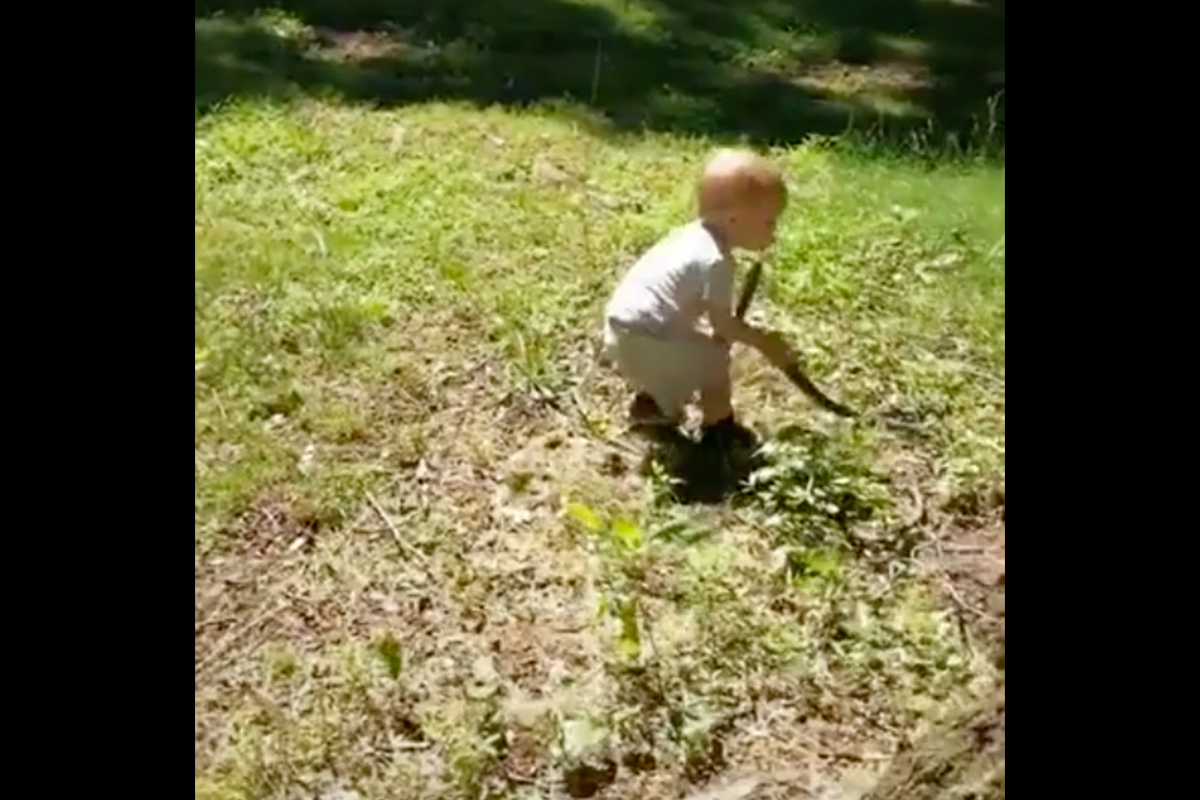 A little boy playing outside with his dad and the family dog grew tired of finding sticks to throw to his pup so instead he picked up a real big snake.

It’s Not Every Day Your Kid Starts Throwing Snakes

Kid decides playing with sticks does not suffice as entertainment. (Post from u/MichaellZ on r/irrationalmadness) from KidsAreFuckingStupid

A toddler playing fetch with his dog had his dad rushing to his side in order to prevent his baby from getting riddled with snake bites after the kid decided to pick up a pretty big, black snake instead of just another ho hum stick.

The boy, named Asher (which we learn when his dad screams “ASHER!” after he picks up the snake), was having a good old time until he picked up the snake. Actually, he was having a good time afterward too. It’s not clear he ever realized or cared that he was trying to throw a snake that looked to be longer than he was tall.

Presumably, this dad wouldn’t be uploading this video to TikTok if Asher had been taken to the emergency room with a half dozen snake bites (although this is the United States so you never know) so don’t worry, we can all laugh about how this little kid picked up a snake and scared the crap out of his dad.

Needless to say this kid is going to hear about this story forever. Every first time he brings a girlfriend home, every time he has friends over. “Did you hear about the time Asher tried to use a snake to play fetch. Let me show you the video.”

Rightfully so, though. This is fantastic parent fodder. Again, mostly because at no point did this snake start biting and strangling the life out of the toddler.