When I was a little girl I loved salt. And butter. I still do, though now I like to be able to leave a doctor’s appointment without being told that my death is imminent, so I’ve scaled back my intake. But when I was a kid? Every piece of bread was really just a vehicle for me to put a stick of butter in my mouth. Chicken, pork, and steak were encrusted with a thick layer of salt. Veggies were only even borderline edible with both butter and salt covering every square millimeter.

I liked salt so much that once, when I was about five-years-old, I snuck into the pantry, grabbed the Morton’s Salt container, and poured a mound of the stuff, probably more than a spoonful into my hand. Then ate it. My mom found me in the kitchen screaming in confusion, frantically trying to figure out why what I assumed was going to be delicious was actually gross and terrible and making me want to barf. She figured out what I’d done, rolled her eyes, poured some water, and made me drink a few glasses of it.

Probably like six months later I did the same thing with a stick of butter. All of that is to say that I personally empathize with this little kid who was totally convinced that dry, unsweetened Hershey’s cocoa powder was as delicious as brownies, chocolate cake, or heaping bunches of chocolate ice cream. (Because how could it not be, mom, you idiot) Only to find out the hard way that it is, in fact, awful tasting.

Boy Hilariously Find Out That Cocoa Powder Is NOT Yummy

Watching this young boy’s instant regret in realizing his horrible mistake for the first time, but not wanting to admit it, is the best viral video I will see on the internet all week. That and watching him sadly cough out brown clouds of cocoa like it was some sad, slow cinnamon challenge defeat. Oh you poor, sweet, stubborn fool. It’s okay. That’s far from the last time you’ll do something that you were totally sure was logically sound only to have it immediately swing back around and kick you in the ass. That’s most of adulthood, really. Better you start learning these things now. 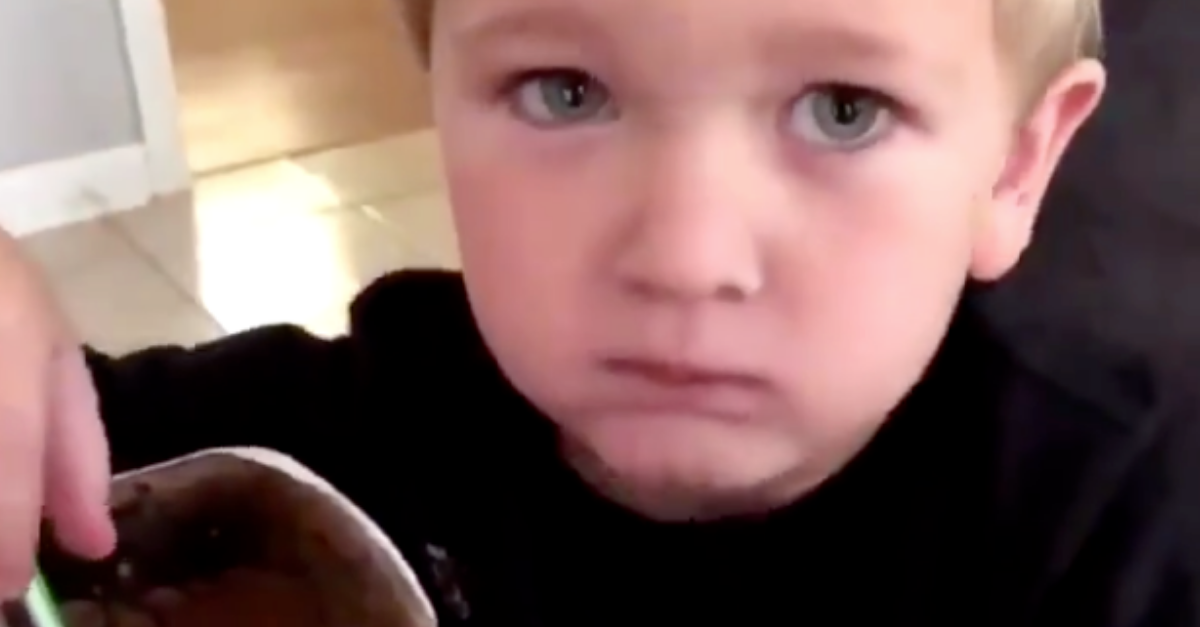