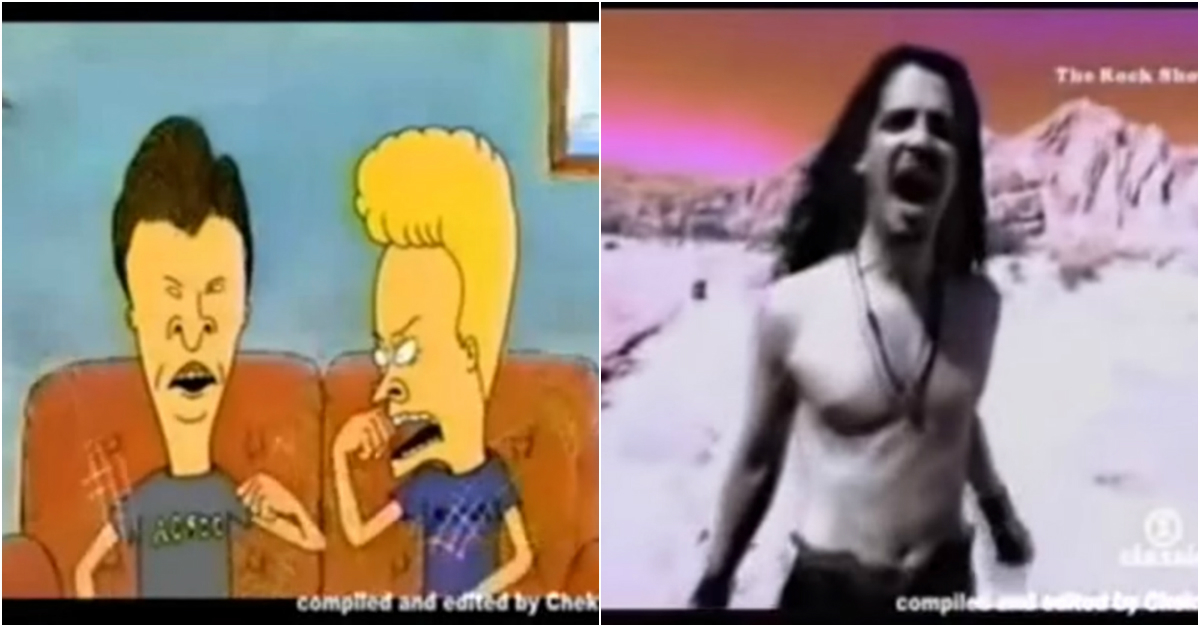 Soundgarden frontman Chris Cornell passed away earlier today at the age of 52. Cornell was a grunge legend whose music inspired millions of people in the ’90s and beyond. It’s a tragic loss to the music world, and he will be terribly missed.

With all that being said, we thought we’d take a trip down memory lane and look back on some Cornell’s most epic music videos, but this isn’t a music page, it’s a humor page, so we found this brilliant compilation video of clips from Mike Judge’s groundbreaking animated series “Beavis & Butt-Head.”

The video features Beavis and Butt-Head enjoying various Chris Cornell hits. Obviously, the show wasn’t on the air when “Hunger Strike,” “Cochise” and “Part of Me” were released, so the clips of those songs were thrown in by the video’s uploader El Canal.

Beavis and Butt-Head were usually highly critical of whatever music video they were watching at the time, but they seem thoroughly impressed by all of the Cornell videos. “It’s about time they played something cool,” Butt-Head says early on.