Louis C.K. doubles down on his distaste for President Trump 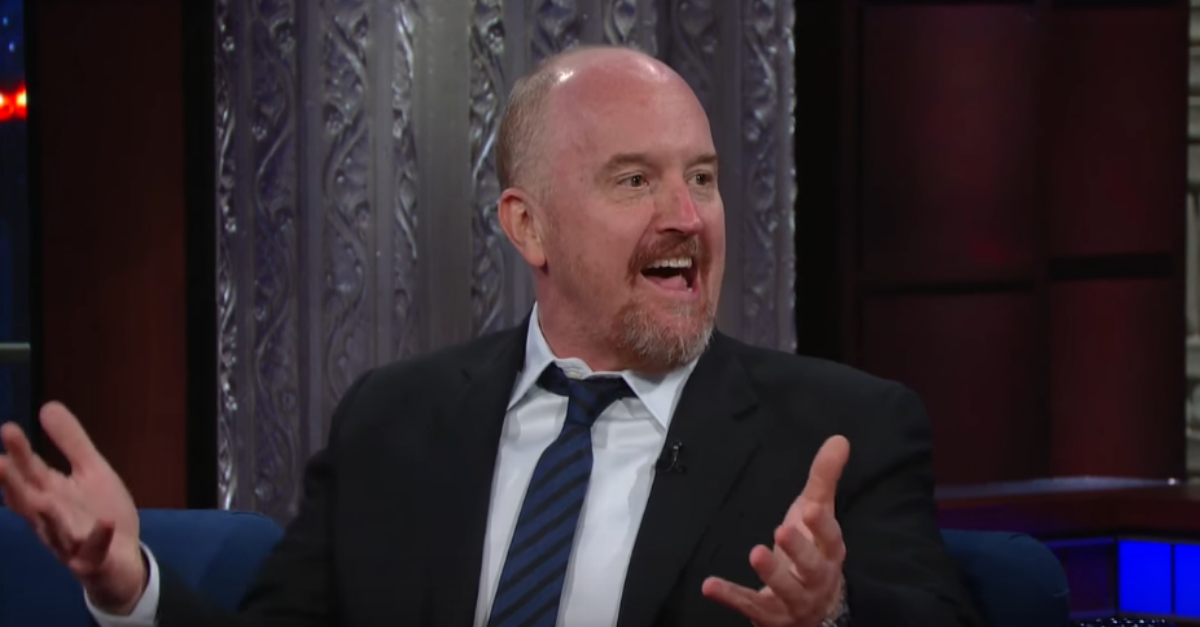 Comedian Louis CK is known for his blunt honesty and as a lifelong comic, he’s gotten pretty good at both offending people and making them laugh. His seventh stand-up special premiered on Netflix this week and Louis has been doing the late night circuit to promote the new performance.

RELATED: Louis C.K. Names his favorite thing to do “in the whole wide world”

On Tuesday night, he appeared on “The Late Show with Stephen Colbert” and talked about the same thing that everybody else is talking about–Donald Trump. Louis is no fan of the president and recalled a moment when he compared the president to Hitler, saying, “I regret it, although I wouldn’t take it back.”

RELATED: Louis C.K. has a pretty hilarious observation of the adult entertainment industry

The comedian joked, “[Trump] is not as profound as I thought he was, I thought he was some new kind of evil. He’s just a lying sack of shit.” He doubled down on the sentiment a moment later but when a Trump voter in the audience was pointed out, Louis quipped, “That’s the guy he lied to. He didn’t lie to me, everybody else was like ‘that’s not true’ but that guy bought it.”