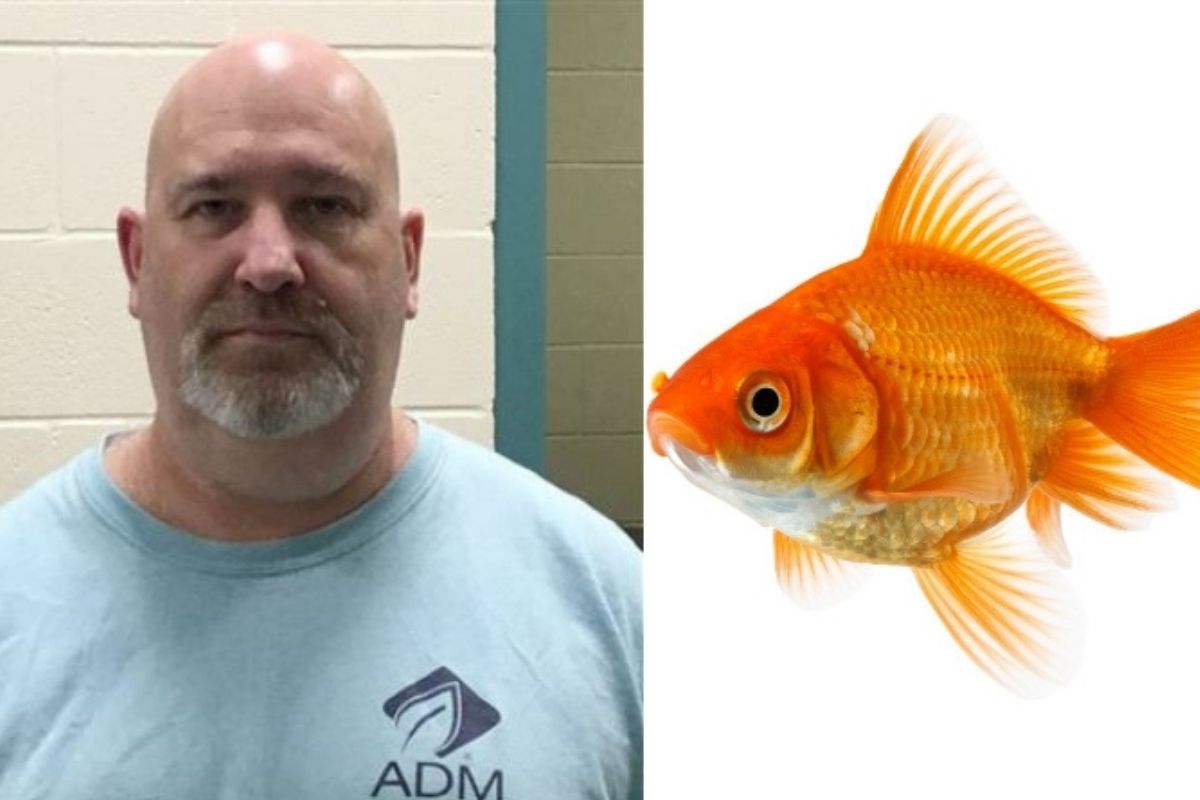 A North Carolina man got the surprise of his life after he was arrested and charged with animal cruelty and abandonment after leaving his pet fish in filthy conditions. Yup, this man was seriously arrested for leaving his fish behind. I have seen it all, ladies and gents.

The fish’s owner, Michael Hinson, was evicted from his home in Wilmington, North Carolina in March, and left the fish behind in a dirty tank with no food. The 6-inch long fish was found at the home last week and was quickly taken to The Fish Room.

The Fish Room, which sells pet fish and supplies for sea creatures, discovered that the fish (whom I have dubbed as Jerry) was suffering from ‘hole in the head’ disease. According to employees, it was a miracle that Jerry survived since they had never seen a case as severe as this one before. An employee who treated Jerry stated he had a total of 15 holes in its head when he was brought in. Now, after being treated, Jerry only has dents where the holes used to be. Which is surprisingly shocking to know, since I didn’t even know people were capable of conducting studies, let alone treat fishes for these things, but okay.

The employee said the fish developed the disease by being left in poor conditions for days. But, lucky for Jerry, he was able to survive by eating cockroaches that fell into the tank. As a surprise to Hinson, the 53-year-old was charged with one count of abandonment of an animal and three counts of misdemeanor cruelty to animals.

Sherriff’s Office Jerry Brewer in New Hanover stated this is the county’s first animal cruelty case involving a pet fish, but this “is a life like any dog or cat.” The Fish Room has since been treating Jerry’s disease and is expected to make a full recovery.

I’m pretty shocked at this whole thing. This guy just blew his criminal record for a fish. Can you imagine trying to explain your charges next time you have a job interview? I guess now we learned our lesson, leave no fish behind!

Editors Note: This article was originally published on April 9, 2019.