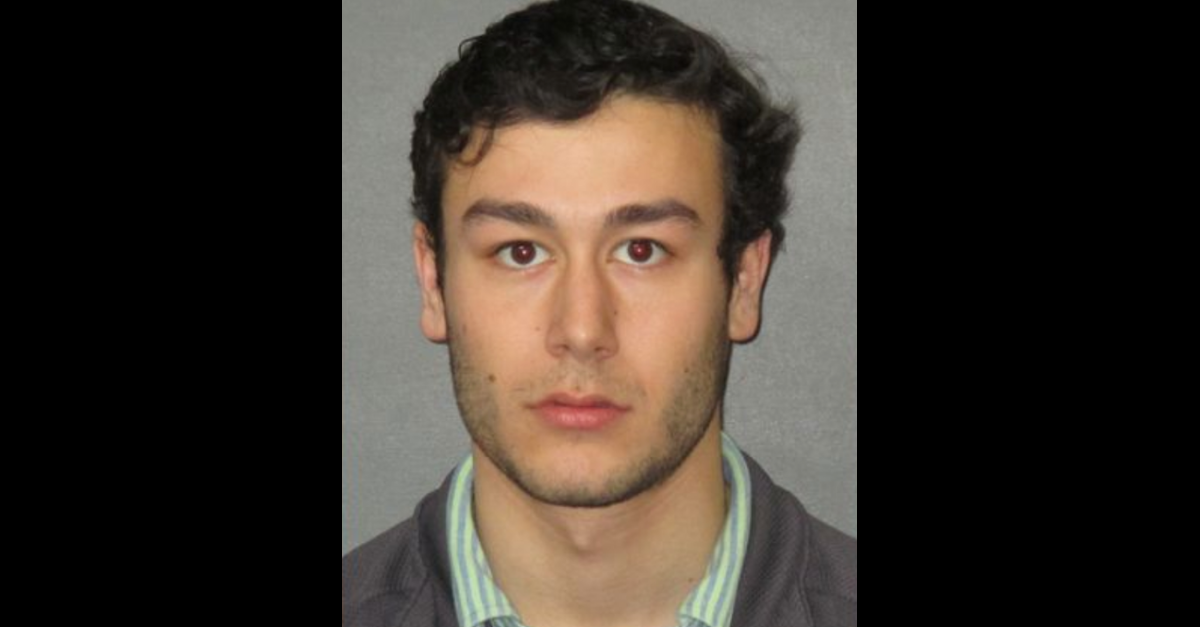 21-year-old Ole Miss student Maxwell Taffin, who should probably at least be on some sort of low-level watchlist for a little while, was arrested for eating his ex-girlfriend’s fish and then later taking a picture of his feces and texting it to his ex with the caption, “Found your fish.” And, uh, rightly so. Taffin, who was 18 at the time of the incident, has been charged with cruelty to animals and improper telephone communications. (Sending unwanted pictures of your poop is illegal, kids.)

The incident occurred when Taffin’s ex-girlfriend allowed him and a few friends to sleep in her dorm room the after the Ole Miss-LSU game in 2016, which they were in town for. When the victim returned to her dorm room Taffin said, “Check your fish tank.” She noticed the fish was missing and shortly after got an update on its whereabouts.

When questioned by LSU police Taffin told them, “Yeah, I’ll be honest with you. I ate [the victim’s] fish.”

Considering that this happened after an SEC football game (at LSU, of all places) there is a nearly 100% chance that Taffin was drunk when this happened. There’s like an 80% chance he was so blackout that his blood was actually just a Hurricane.

Still, though. The poop thing, which presumably happened a fair amount of time later, can’t be excused away by the consumption of an entire fifth of Fireball on the Parade Grounds. That’s the sort of thing you hear about someone doing and either tell them to seek legitimate help or lose your phone number. Yikes.

Editors Note: This post was originally published on January 9, 2019. It was updated on January 25, 2020, to reflect that Maxwell Taffin was an Ole Miss student at the time of the incident. Not an LSU student as was previously stated.

Watch: Everything You Need to Know About Betta Fish