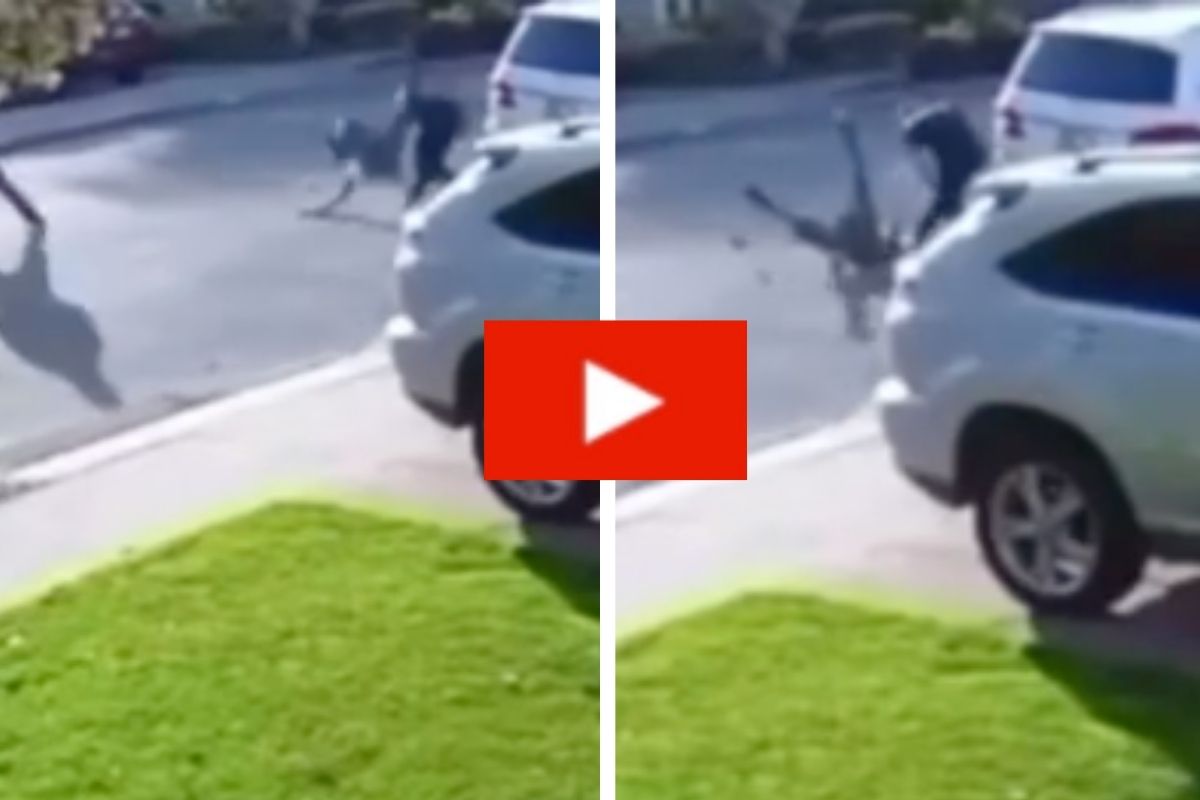 Karma has a funny way of doing things if you’re paying attention enough. And these robbers got hit with karma pretty badly as they tried to rob a victim who showed not even a hint of fear. And when I mean hit, I literally mean hit, as in completely body-slammed. Yes, the supposed victim brutally body-slammed one of the robbers who was holding a gun, and it’s the kind of body-slam you see in fake professional wrestling.

During the 31-second clip, you can see a man just going about his day, walking towards the back of his SUV. Then, two clearly unsuspecting perpetrators approach him, with one holding a gun. Next thing you know, the man picks up the armed attacker and throws him on the ground, with such ease and confidence that it probably made the robbers reconsider their chosen career paths.

A post shared by Fifty Shades of Whey (@davenewworld_)

You can hear the victim say, “Are you serious?” when the robbers ran up to him, and just know that if you even plan on robbing someone if they say something like that, you should probably start running. And after the man slams the robber with the gun into the ground, one of the robbers starts really screaming out for help, hilariously like a child throwing a tantrum. The robber screams in surrender saying, “OK, OK!” with the other robber also frantically exclaiming, “Hey, let him go!” Not to mention, the other robber was also keeping a safe distance, with his screaming as his only way of helping his accomplice.

The man eases up on the guy, and the robber scurries off, taking his gun with him. Not many details are known about who these people are or where this was happening, but the story is pretty clear on what happened. And now that the video has gone viral, I wonder if anyone in this video has seen it circulating on the internet. If I was were one of the robbers seeing this, I would definitely be embarrassed.