Man Throws Hilarious Public Tantrum After Getting Kicked Off Flight 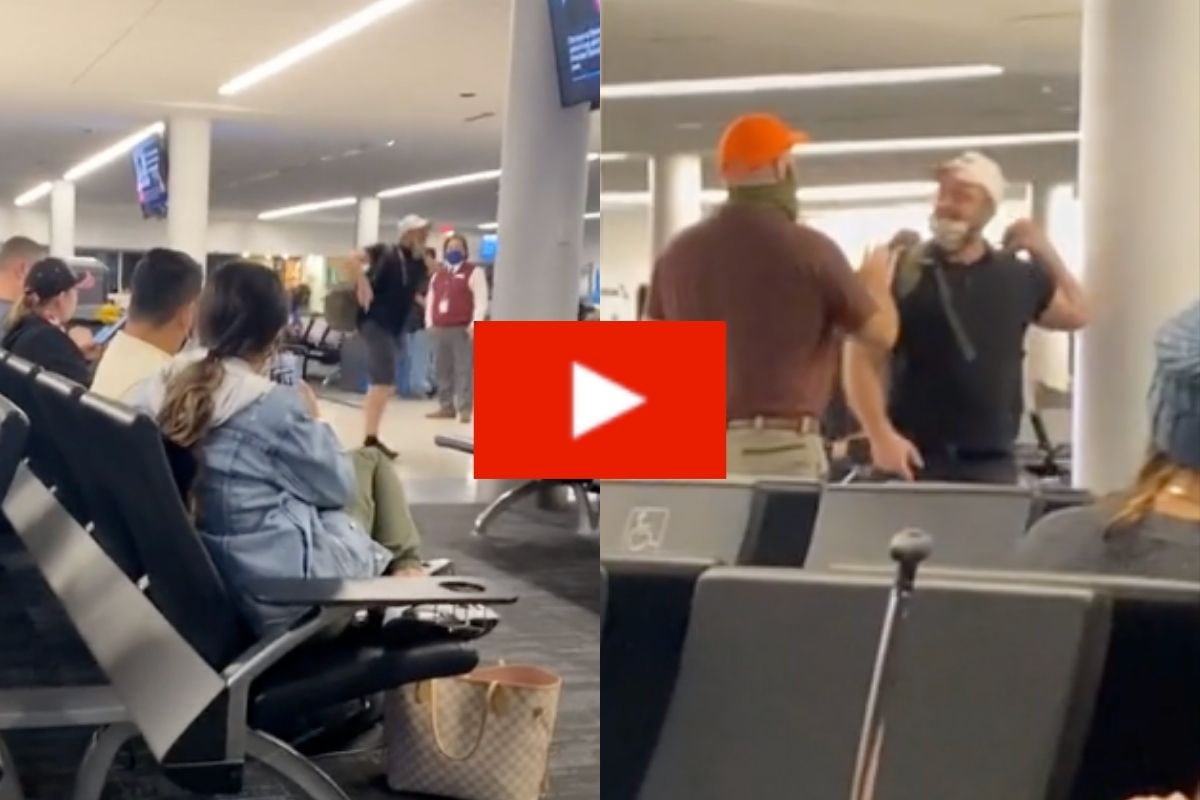 A video of a man having a meltdown in the middle of an airport has gone viral on social media, and it’s probably going to be one of the funniest things you’ve seen in a while. This may be a little insensitive to say, seeing how stressed the guy actually was, but nonetheless, the video’s hilarious, and you can see why so many on the internet have shared it.

The story isn’t super clear as to why this man was freaking out, but from the video, we can grab a few ideas. The man is walking around a Delta Airline and is heard saying, “This is what they do to us, they kicked me off a flight, they call me a f***ing terrorist and they want to rule my life.” Another person appears in the video, going up to the man saying, “Sir, please calm down. I was kicked off Delta earlier,” and that’s where the video ends.

Man Crying Over Getting Kicked Off Flight

The viral video was first shared on TikTok by the user @heartlessbeech, and is currently sitting at 70k+ views, 6k+ comments, and 10k+ shares. And that’s not even counting who else has seen it on other social media platforms.

The story behind his temper tantrum is still a bit of a mystery. According to the original TikTok video, the TikTok user claimed that it because “he was told to wear a mask,” as the man was yelling about with his mask pulled all the way down to his chin. But many others had different theories.

With pro-Trump rioters congregating in Washington, D.C. in storming the U.S. Capitol to protest lawmakers certifying the electoral college votes that would name Democrat President-Elect Joe Biden as the new president of the United States over current Republican President Donald Trump, some had assumed this man was one of the Capitol rioters, in which many of those found to have participated was quickly put on no-fly lists and why he was upset that he was being called a domestic terrorist.

Just like the other TikTok I just quote tweeted, this has nothing to do with the US Capitol Building or no-fly lists as it relates to domestic terrorism.

This man, according to the woman who filmed it, was kicked off the flight for not wearing a mask. https://t.co/dBoz18uXUd

However, others were quick to look at the TikTok user’s caption, where she mentioned how it was because he wasn’t wearing a face mask, saying, “Homeboy had a full toddler level meltdown bc he was told to wear a mask,” in reference to how face masks are still mandated because of the coronavirus.

Nevertheless, whatever the reasons behind it may be, adult tantrums are the best. And you know it.

Watch: In-N-Out Customer Loses His Pants During Wild Brawl While Waiting in Line