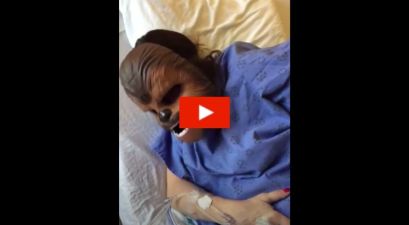 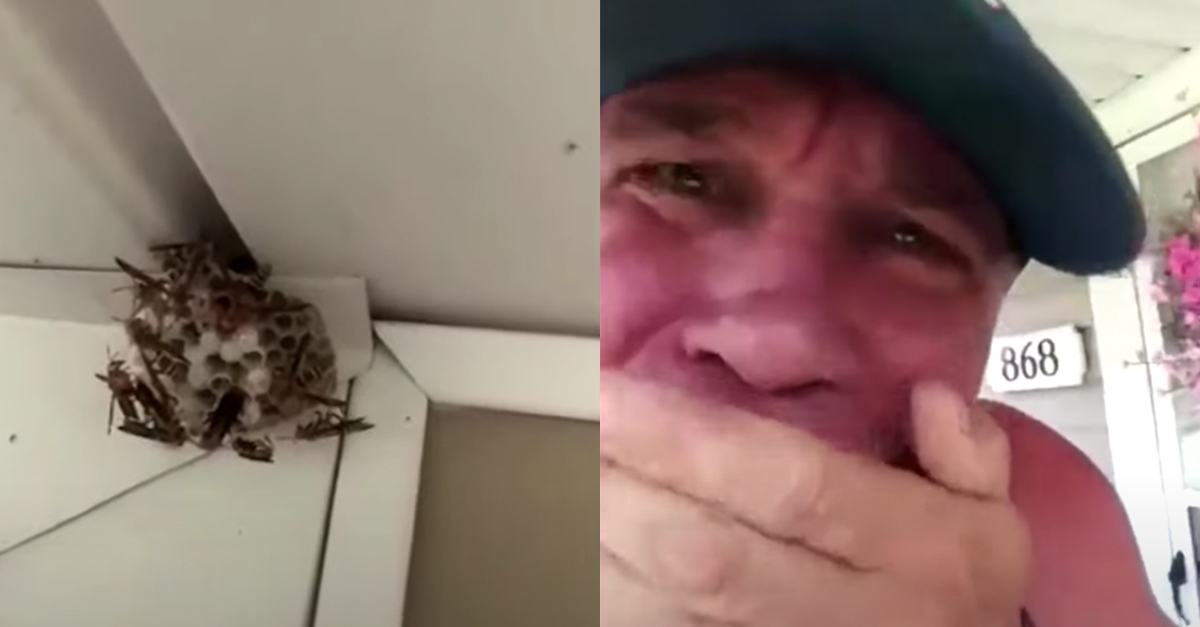 A man was filmed ripping a not small wasp nest full of wasps off an outer wall of a house, squeezing it in his hand, and then jamming it into his mouth like a handful of M&Ms and chomping down on it.

We don’t know where this happened, aside from, obviously “somewhere in America.” Probably Florida. Maybe Hell? Doesn’t matter. All that matters is that this happened. This happened.

This man is an animal. A literal animal. This is something that a bear would do. A pissed off, hungry bear. It feels like maybe this guy should be shoveling meds into his mouth instead of wasps but then again I’m no doctor.

1. I do not even want to fathom how much pain was felt while doing this. It had to be like squeezing a handful of needles, right? I am cringing and shivering just thinking about it. I mean, good God. I hope the world’s most extreme pest control expert shoveled a whole bunch of pain pills in his mouth before he did the same with a family of wasps.

2. And then there’s the taste. Oh God, the taste. Wasps don’t make honey. So what does a big pile of dead bugs, insect eggs, dried papery wasp spit, and stingers taste like? It can’t be good! It’s a bunch of the grossest parts of nature — creepy-crawly stuff, secretion, gestation — all in one pile.

I mean this absolutely sincerely, I’d rather eat a log of human poop. Hands down. No questions asked. Poop wins a hundred times out of a hundred. I am #TeamEatPoop. If you are #TeamEatActiveWaspNest you are a psychopath and I don’t want you near me.

3. This guy is pretty rad though I really appreciated this content.

VIDEO: THE INTERIOR OF THIS CHEVY MALIBU IS ONE GIANT WASP NEST