Man Pretending to be Hulk Tosses Grocery Cart Through Window 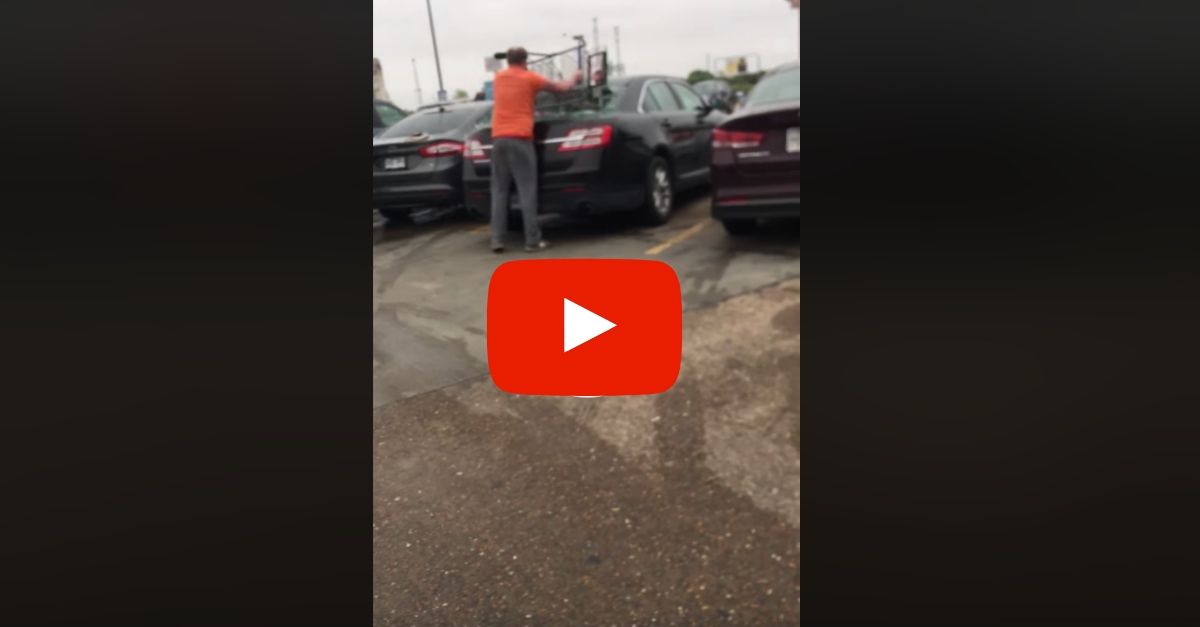 Wowzers, it looks like this man was not having it at all that day. Incredible Hulk over here decided to pay a visit to West Memphis, Arkansas, and created some chaos at the grocery store parking lot. According to authorities, the man literally threw over a grocery cart through the back window of a strangers car.

Robert Jones was charged with second-degree criminal mischief and was quickly arrested at a Kroger parking lot. I have to say, this video is pretty great, you can just picture the woman behind the phone clearly with her eyes wide telling her daughter to call 911 asap.

West Memphis police stated the owner of the vehicle who had the cart in her backseat now said she saw Jones in the parking lot and hurried to put away her groceries in her car. She then told police she left the cart next to her car and got in the driver’s seat. That’s when Jones grabbed the cart, picked it up over his head and well, slammed into her back window.

This poor lady must have been so scared! I don’t know about you, but I would definitely sue for “emotional distress” or something of that sort. I totally get him though, I also hate when people don’t put the grocery cart’s back where they belong. But this was a tad excessive.

I guess you can say this man has been on his own for too long due to the coronavirus pandemic, and he’s gone bonkers. Either that or he had some heavy anger issues. If he does, well he might need to go take some anger management classes and call Jack Nicholson because this is too much. Unnecessary too… I mean, in what mentality do you throw a cart at someone’s car, sir?