Man In Desperate Need of Coffee Walks Into Store Naked 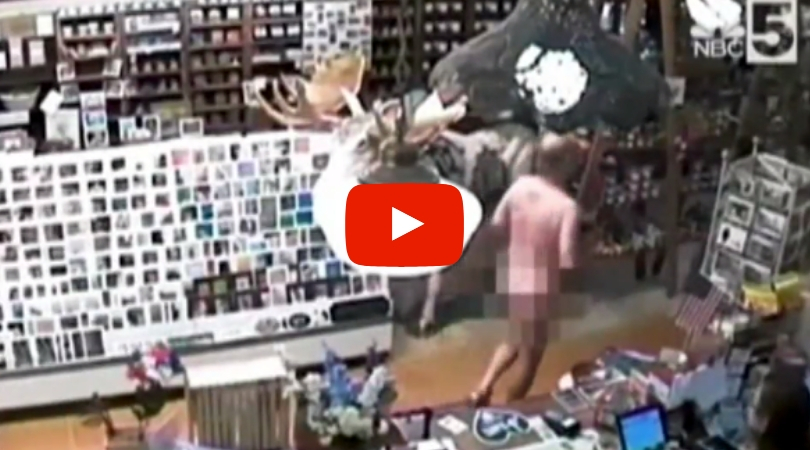 Coffee is one of the best wonders of the world. To some of us, it’s that special drink that we need to survive the day. Heck, I need it. I’ll usually drink 4 cups of coffee even before 11 am. I admit it. But this man, this man needed it so so much, and needed it now, that he decided to go buy one at my local coffee shop.

Nothing wrong with that of course, but the problem here was that he decided to enter the store the same way he entered this world, naked and unapologetic. So, the coffee shop in Vermont was obviously not having it. Because despite them promising to make its customers “feel right at home,” they never expected this man to actually do it.

The most hilarious thing but this is that the interaction was caught on camera, and you can see the man walking into “Bringing You Vermont” so nonchalantly. The man asks the cashier where the coffee was, and in a very calm motion, she directs the man to a self-serve coffee pot towards the back of the store before going back to the counter.

According to the store owner, Ryan Hassett, the naked man asked what a good place to go swimming was. He then paid for his coffee and left the store, as is. Which makes you question where he was hiding his money before handing it to the scared woman. Police tracked down the man before he made it to his swimming spot, thankfully, and asked why he removed his clothes. They quickly saw that this man was not a threat, so they decided not to arrest him. Why? Well, the state of Vermont only recognizes nudity as a crime is someone takes their clothes off in a public space or they touch themselves. So yeah, being naked and walking around is apparently completely legal.

So hey people from Vermont, this is your chance to go out in the world au naturel! Kidding, please don’t go walking around naked, I’m pretty sure people wouldn’t like that. I get the whole heat wave situation is serious, but at least put on some underwear before going to buy your cup of coffee.