Man Puts Cellphone Charger Up His Penis, Has to Have it Surgically Removed 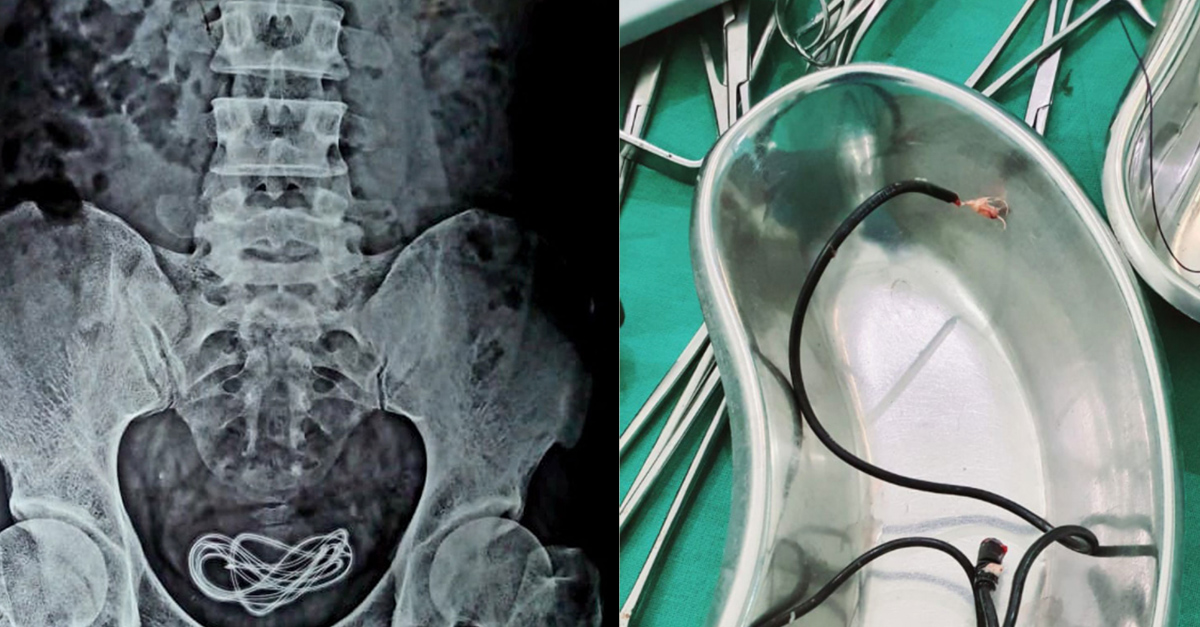 An Indian man shoved a phone charger up his pee hole. All the way up. There’s really no other way to start this story. He did that. That happened. Then, he went to the hospital complaining of abdominal pain and for some reason told doctors that he had swallowed some headphones.

The doctors attempted to treat the man’s unique but not real problem by giving him some laxatives. After a few days of water-falling out all his meals, however, the phone charger remained painfully lodged in his bladder.

The doctors then made the decision to x-ray. That’s when they found the headphones and decided to perform surgery. When all was said and done they had pulled out a two-foot-long phone charger.

Dr. Walliul Islam said he’d heard of people inserting things into their penises for sexual pleasure — called ‘sounding’ or a ‘catheter fetish’ — and believed that was the case here.

1. Not to kink shame here but Jesus Christ. There’s got to be a limit to this, right? Like, you can enjoy inserting things into your anus, for example, but still understand that you shouldn’t be trying to fit a fire hydrant inside of you, right? The human body can (and should) only take so much.

The phone charger was two feet long. The man could’ve gotten an infection and died. I can’t imagine there’s an orgasm worth dying over. And you know what? If there is, I don’t want to know about it. Chasing that dragon sounds dangerous. I’m fine with the sad confetti popper at a kid’s birthday party orgasms I give myself in the shower every morning.

2. How’d he get it all the way in? He didn’t squeak it just inside the tip of his penis. He got it up all the way up. I imagine most of the time that happens it’s because a CIA officer really needs to know what time ‘the attack’ is planned for.