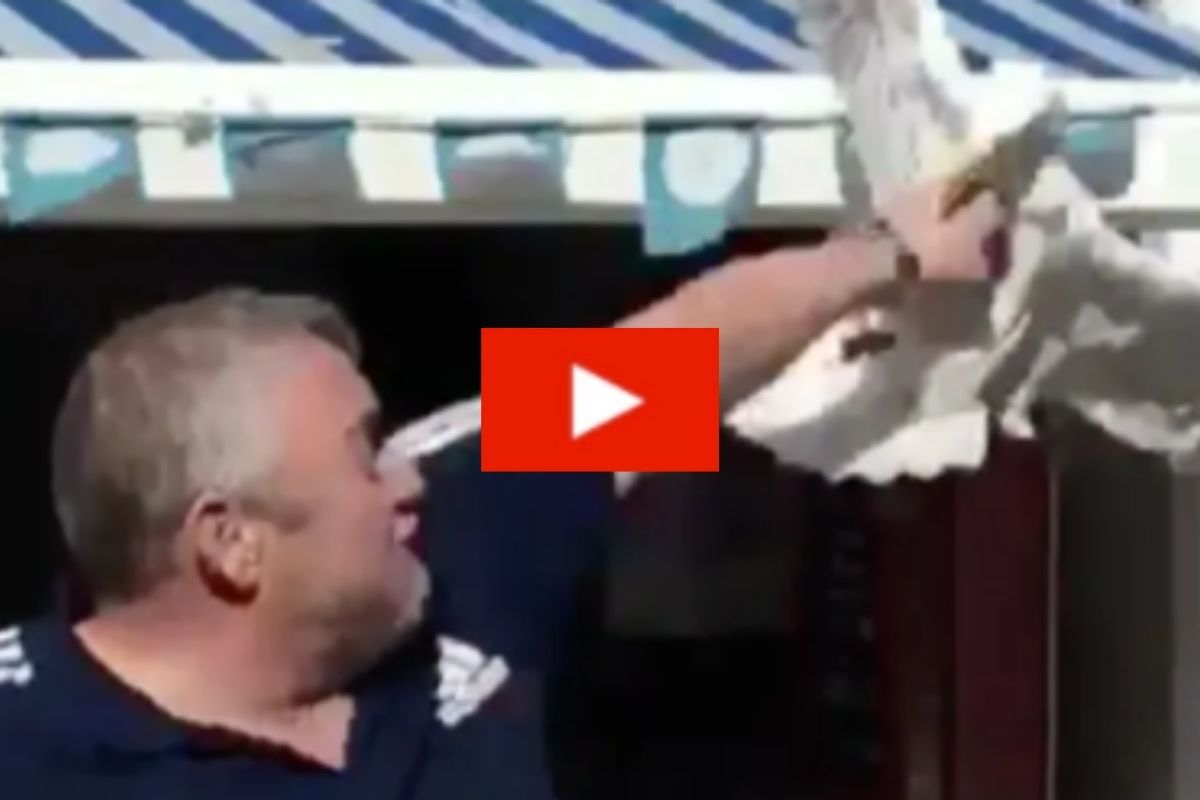 Honestly, I would probably react the same exact way if someone was trying to grab my food from me, especially while I was mid-bite. And I would probably feel even less remorse if I had to fight a pesky seagull trying to nab my perfectly paid-for meal from me. As I’m sure this man didn’t feel bad at all for throwing hands with the bird who was trying to take his lunch away.

A man appeared to get prawns from The Seafood Shack on a seemingly peaceful, sunny day, ready to enjoy the weather and his tasty meal. He got distracted in walking towards the person taking the video, not realizing that a sneaky seagull was standing nearby, scoping out the scene. As he was walking towards the camera, the seagull decides to go for it, coming at the man with full strength and intention to steal a bite.

However, the man looks completely unfazed, as he registers that the seagull is coming at him. He simply pulls his arm back, and swings at the bird, scaring the creature off into the wind. The man hit the seagull right on its belly and then proceeded to casually walk towards the camera with a coy smile on his face. With his meal untouched, I’m sure I’d walk away with such casual composure as he did, in a total James Bondesque style. Now for the bird? We obviously don’t know, but it definitely has to have a bruise or something from that punch.

Again, not exactly advocating for animal violence, but it doesn’t matter who or what it is. If you come after my food, I will only react in the most appropriate manner, just like this man did. So mind your business if you see me swinging at birds while holding a burger or something. Now if you approach me in a non-aggressive way? Maybe I’ll actually consider sharing this time.