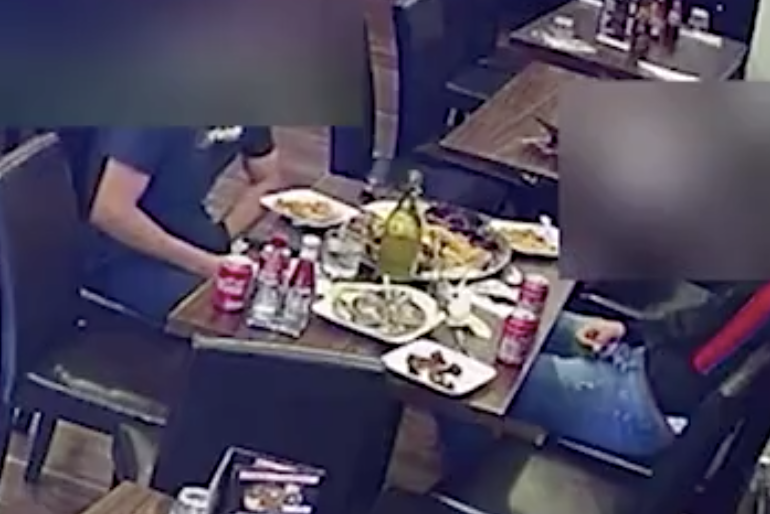 A pair of Brits did something unthinkably disgusting to get a free meal, and they would have gotten away with it too if it weren’t for those meddling security cameras.

A pair of young men dining at Jaan?s BBQ Kitchen Restaurant and Grill in Blackburn, Lancashire (that place from that one Beatles song) asked to speak with the manager after finding something objectionable in their food: pubes.

The manager and other staff at the restaurant were, however, completely at a loss for how a tumbleweed of pubes found its way on the food. They suspected something was fishy and went to the replay booth for a review.

What the CCTV footage showed was… these two losers tearing out their pubes and sprinkling them all over naan breads, kebabs, biryani, lamb chops, poppadoms, and whatever else they ordered.

According to the restaurant the pair ordered a lot of food but because the restaurant is basically a fast food place the big platter wasn’t that expense. The young people ordered the Jaan’s Mega Platter, which purportedly feeds six people.

After the video everybody at the restaurant came to the same, obvious conclusion: these guys are trash. The restaurant’s manager obviously confronted the pair about their new food grift and an argument ensued. Finally, after realizing that they weren’t going to get a free meal for grooming themselves like cavemen on top of their dinner, the two pube tossers paid about 20 pounds for the 55-pound meal and left.