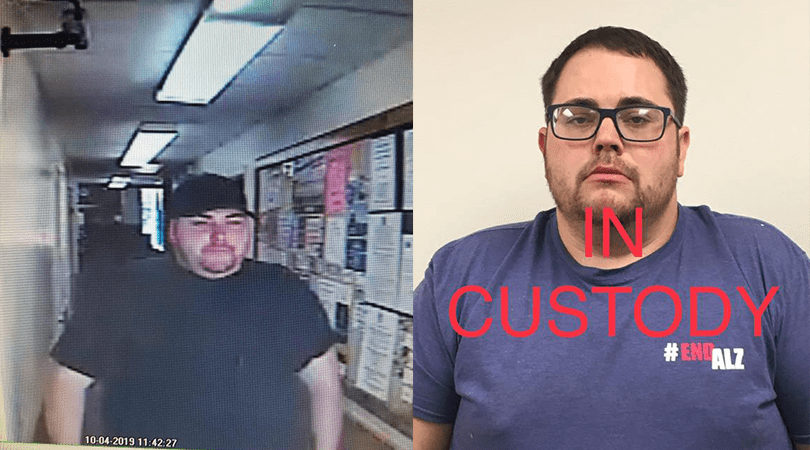 This poor bastard. This poor, sweet, felonious bastard. A Texas man is well on his way to jail after being caught robbing a bank. His motive? He didn’t have enough money to pay for his wedding or a wedding ring for his bride.

Heath Edward Bumpous of Crockett, Texas is currently sitting in the Trinity County Jail on an aggravated robbery charge because on October 3rd, the day before his wedding, he walked into Citizen’s State Bank in Groveton, Texas, told the teller he had a gun, and demanded money. Money he needed to pay for his wedding. He got his money, for a little while, anyway.

Bumpous’s image was quickly plastered across social media and the local news. Turns out the groom was so focused on making sure he could afford an open bar that he didn’t remember to hide his identity. Upon seeing her future husband all over the local news for robbing a bank, Bumpous’s fiancée, who was presumably as furious as any fiancée has ever been in the history of weddings, told the man she loved to turn himself in.

Fortunately, he took his fiancée’s advice and turned himself in instead of dying in a shootout that would make for a pretty good movie ending but a tragically dumb ending to a life (and relationship).

Anyone who has ever gotten married — especially anyone recently — can relate to this guy on some level. The costs never end. The expenses are infinite. Even a small wedding feels financially overwhelming. You really start to hate everyone you know when you realize you’re buying all of them a hundred dollar dinner (if you include drinks). To say nothing of your own costs. The biggest surprise here is that this couple didn’t rob the bank together.

It’s a scientific fact that financial problems cause stress, and that stress makes you dumber. Ergo, the act of getting married makes you, temporarily, a moron. Can this man really be held responsible for his actions, then? Dismiss this case.