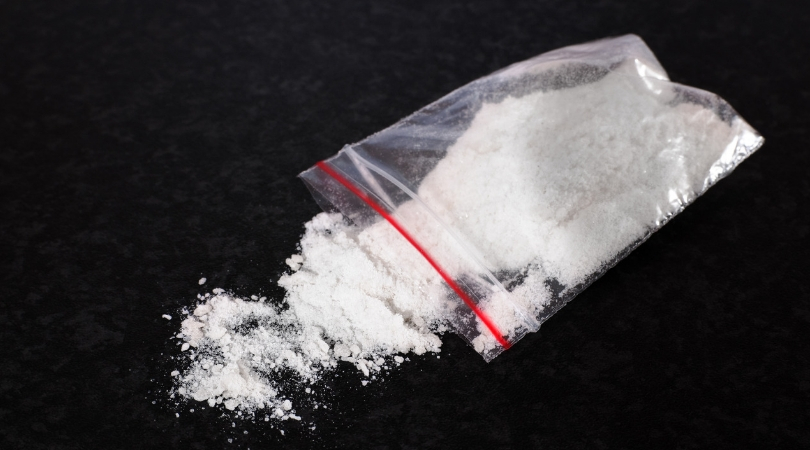 After a brief chase, the officer who caught him immediately searched his backpack, finding a coffee can with a clear baggie that contained a “large amount of white powder substance.” So, the cop who was basically doing his job, decided to do a roadside drug test which reportedly tested positive for cocaine. Gregg was charged with drug trafficking, a felony, and was sentenced to jail on a whopping $50,000 bond.

The field tests are notoriously inaccurate, and when they are wrong, they normally test "positive" instead of the other way around. They wait on a lab test for court, and in some cases that can be a very long wait, in jail unless you can afford a decent attorney.

According to court records, Gregg had initially pleaded not guilty, but after two months in jail, he decided to change his mind. Gregg pleaded guilty in October to a lesser charge of cocaine possession with intent to distribute and was sentenced to 15 years in prison.

A few days later, Gregg returned to court to withdraw his initial plea after a lab test ultimately concluded that the “suspicious power substance” was actually POWDERED MILK. He had told the judge that he found the substance in a food pantry, and had entered a guilty plea to get out of the Oklahoma County Jail. For those of you who don’t know anything about OK Jail, it is anything but OK. The jail is known for its poor conditions from overcrowding to mold, and unusually high suicide rates.

It took them THAT long to test the powder? He should never have been sentenced without the results of that test. Hope he gets a huge financial reward. He deserves it

Despite his release, this isn’t the first time he is in trouble with the law. Court records show that Gregg had been arrested for possession of marijuana, meth and, drug paraphernalia at least three times since 2014. In one instance, his detention costs were waived by authorities due to “mental illness.”

But, this time, it was no mental illness. Just pure dumb luck. He was ultimately released from Oklahoma County Jail on October 11th. So, I guess you can say that this guy definitely has someone watching over him.