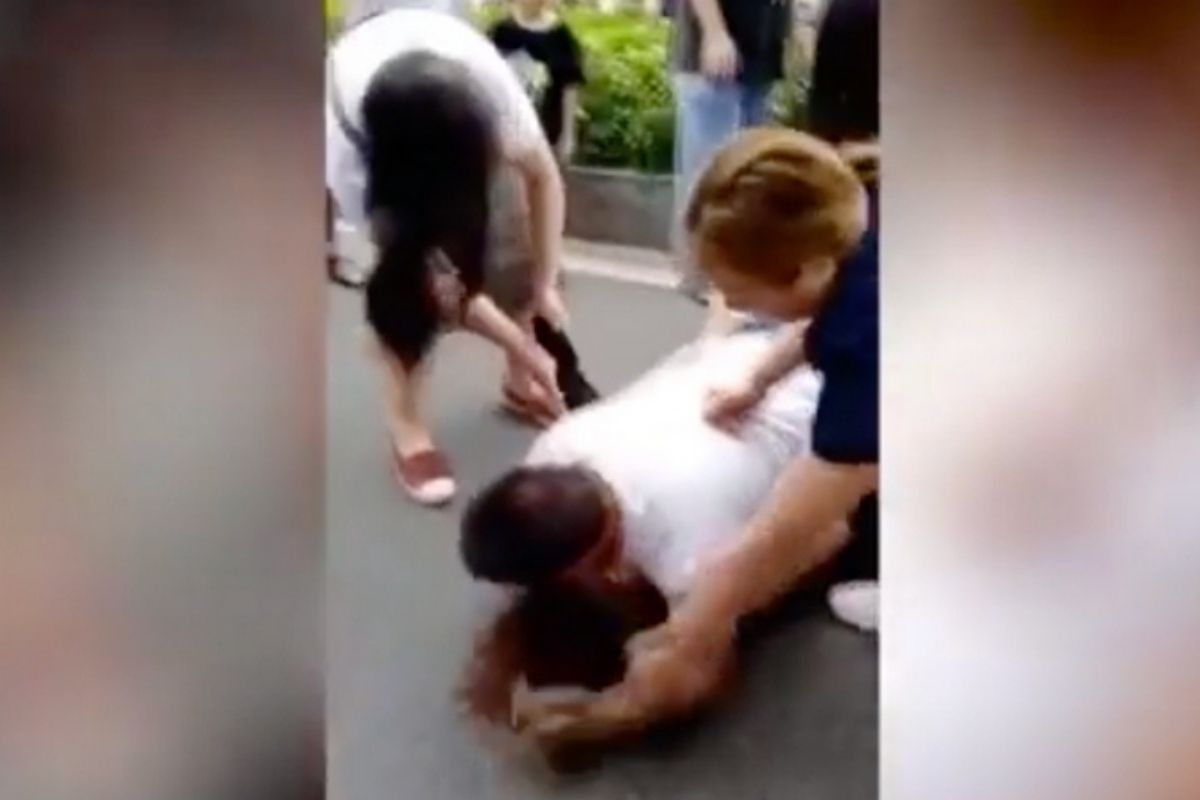 A Chinese man who was somehow being both a gentleman and a total bastard at the same time was filmed selflessly shielding a helpless woman from a brutal, violent attack at the hands of… his wife because the woman he was shielding was his mistress. Who he, presumably, does a lot of sex to. And that sex doing is, almost certainly, something his wife does not find agreeable.

If we’re being objective about this guy who’s giving it to some woman who isn’t his wife, though — and because I am a capital J journalist I am nothing if not objective — the cheating husband sort of breaks even here right? As a human being, not in his marriage, obviously. This situation is basically like if you hit someone with your car while saving someone else’s life while driving them to the hospital. Boom. Even. In the eyes of God, anyway. Definitely not in the eyes of the person you hit with the car.

Overall the video is pretty bizarre. The man is screaming and wailing in the street as people just sort of watch without expression. That second part isn’t weird. A video of pretty much anything these days will involve an expressionless group of people gawking. A zombie Hitler could pop out of the sewer and start tearing the flesh from a lady’s neck and there would be twenty people like, “Whoa I don’t think I wanna get in the middle of that. But I should watch.” In a way, if I was that guy whose mistress was getting mercilessly beaten in the middle of the street, I’d hate them the most. At least the wife and her friend have an excuse.

No word on what happened after but this happened in China, was embarrassing, and went viral, so they’re probably all in camps now.

Editors Note: This article was originally published on November 8, 2019.