Man Accidentally Shoots Himself While Trying To Kill A Cockroach 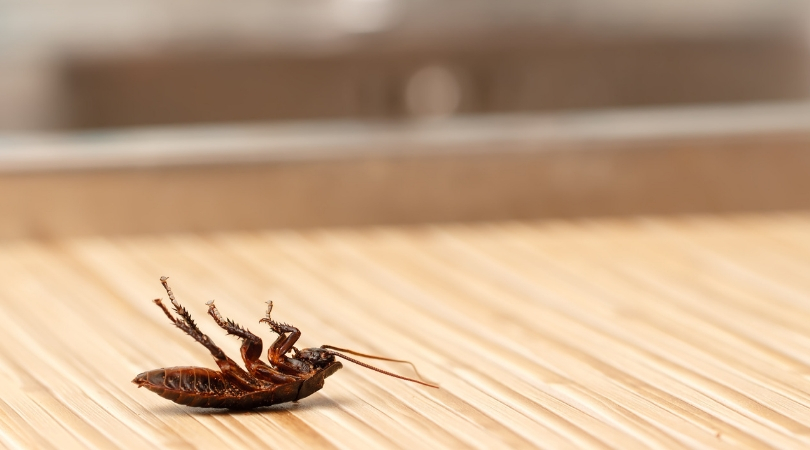 Well, this is surely a new way to get injured. According to WDIV, turns out a 50-year-old man from Detroit, Michigan, was attempting to kill a cockroach by throwing his shoe at it on a Tuesday morning, which is pretty normal. It’s what we all do. But, what this man apparently didn’t know was that inside his shoe was a gun. Which is a bit concerning, but okay.

According to the man, as soon as the shoe hit the wall, the gun inside was discharged, hitting himself in the foot. Detroit police told the Detroit Free Press they couldn’t confirm if the shooting was accidental or not, but luckily the man’s condition was stable when they arrived and was taken to the hospital.

I totally get his reasoning behind this, cockroaches are scary and I would do anything to get those little suckers away from me, like throw a shoe. But hiding a gun in your shoe? No, no, no, my friend. Have you not heard of safe’s? This could have gone way worse! Can you imagine explaining that to your wife as she rushes to the hospital thinking you got shot by someone?

My coworker got some Madagascar Hissing Cockroaches today and I am in love!😍 These make fantastic pets because they don’t bite and can be easily handled. They get pretty large as you guys can see, this one is an adult male I put on my face.😝 Also, I changed my hair again!😋 #hissingcockroach #cockroach #invert #invertebrate #selfie #petstagram #animalsofinstagram #exoticpet #animalsofinstagram #instagood #instapet #instadaily #animallover

The cockroach clearly wins in this scenario, because I’m pretty sure the shot scared him and he is now planning his revenge when he get back for giving him the fright of his slimy life. Revenge will be sweet for that guy.

Not surprisingly enough, this isn’t the first time someone goes to extreme measures for pest control. Another Detroit man was badly burnt after he tried to set bed bugs on fire at his apartment. The man was sitting on his couch and decided to pour alcohol on the furniture. He then lit a cigarette and tried to burn just ONE of the bed bugs, which then caused the man to get on fire, as well as the couch. A total of four apartment units were destroyed in the fire and two dozen other units had water damage.

Ah, the things we do to protect ourselves from bugs that are no longer than our nails amazes me. But honestly, I’d totally do the same.

Editor’s note: This article was originally published on March 20, 2019.

Watch: U.S. Firefighters Greeted With Applause as They Arrive to Fight Australia?s Wildfires