Man shows off his fancy slinky skills, and we’re questioning our childhoods 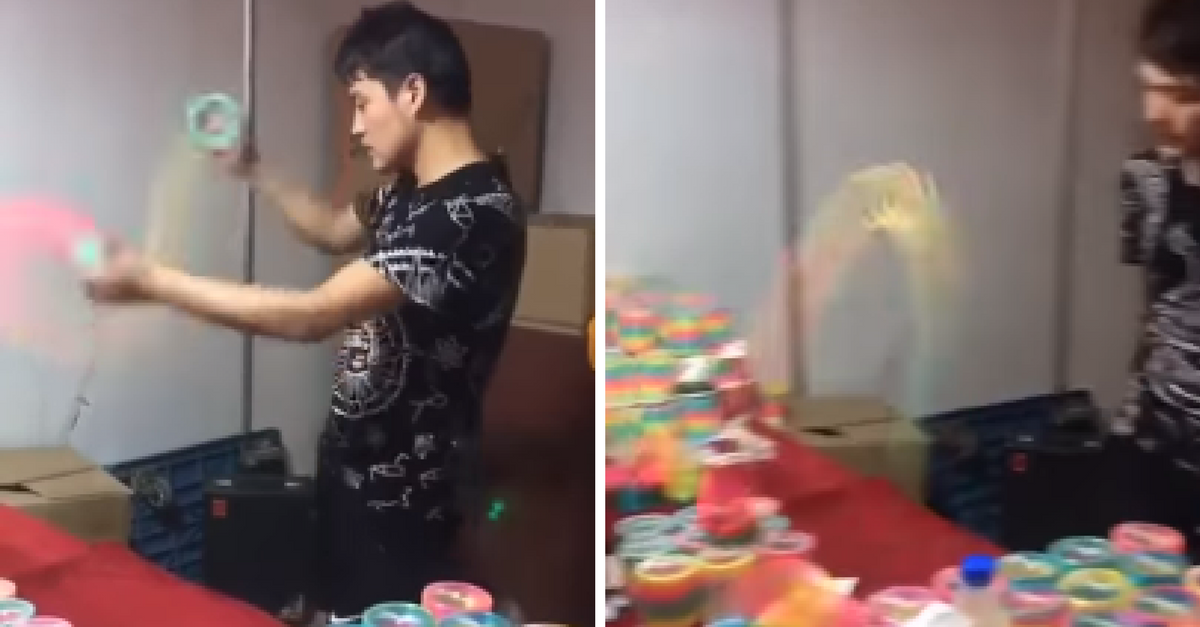 A viral video of a slinky seller doing tricks has the entire Internet wondering if they’ve been playing with the classic children’s toy wrong all these years.

In the footage, a man shows two children how to play with a slinky. Rather than setting it at the top of a set of stairs and letting the toy slink down the steps one-by-one, he uses the toy in an entirely different way.

Holding one end in each hand, he bounces the slinky back and forth. Next, he throws in some twists, making the rainbow-colored toy jump out in different directions. Finally, he incorporates the table in front of him, flinging the slinky towards it and making it jump back into his hands.

When the video was shared online, social media users went crazy wondering how the slinky didn’t get tangled up in the process and asking if they had been in the dark about the toy’s real purpose during their childhoods:

This guy is doing tricks with a slinky and I could barely get mines to go down the stairs without getting tangled😒 https://t.co/yp3stfo20k

so you're telling me I haven't been using a slinky's full potential this whole time? https://t.co/ZnUF7qIKwt

I loved playing with slinky when I was a kid… But it doesn't last long for me bc it gets tangled 😂😭😭 https://t.co/lxbMBxTuQy

“We’ve been playing with them all wrong this whole time,” one YouTube user lamented.

RELATED: Give dogs a slinky tunnel and they?ll run through it like their lives depend on it