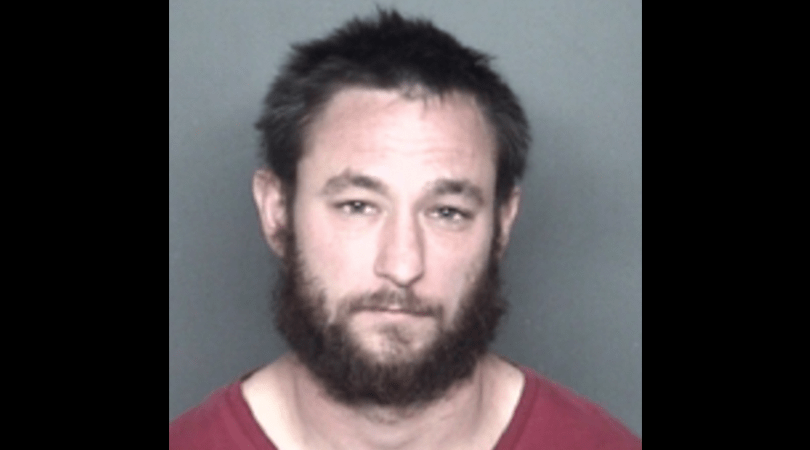 A man who should have been concerned that his fiancée was going to leave him because he’s a lunatic was instead worried that she was just cheating on him behind his back with her ex. Finding this potential arrangement to be deeply unsatisfactory he decided to express as much… by sending a video of himself strangling a cat to the ex in question.

While Nichols was certainly correct to assume that most people would not want to come anywhere near a man who is willing to strangle innocent animals on nothing more than a hunch, there were still several miscalculations his plan did not account for. For starters, Nichols forgot to factor in how strangling a cat would make him appear to the people, like his fiancée, that he did not want to flee from him in terror.

Nichols also inexplicably assumed that the man he sent the horrific threatening messages to wouldn’t report them to authorities. This is an especially egregious assumption since the man has children with Nichols’ fiancée from their previous relationship. One would assume that a man would be reasonably concerned about his children living with a cat strangler, but to be fair this might not be something that would occur to a person crazy enough to strangle a cat just to make a point.

Nichols also told the man that the cat he was strangling — as well as the six other cats in the home — were now dead because of the illicit relationship he believed the two were carrying on. The cats, fortunately, were not killed. Apparently, Nichols was just pretending to strangle the cat but Nichols was still arrested for animal abuse. The cat, meanwhile, was taken into protective custody by Animal Control.

No word on how Nichols’ paranoia, cat strangling, and death threats have affected the status of his pending nuptials.

Watch: No One Will Adopt This Cat Because of the Penis on its Face