Man Pushes Woman Out of Wheelchair, Steals It 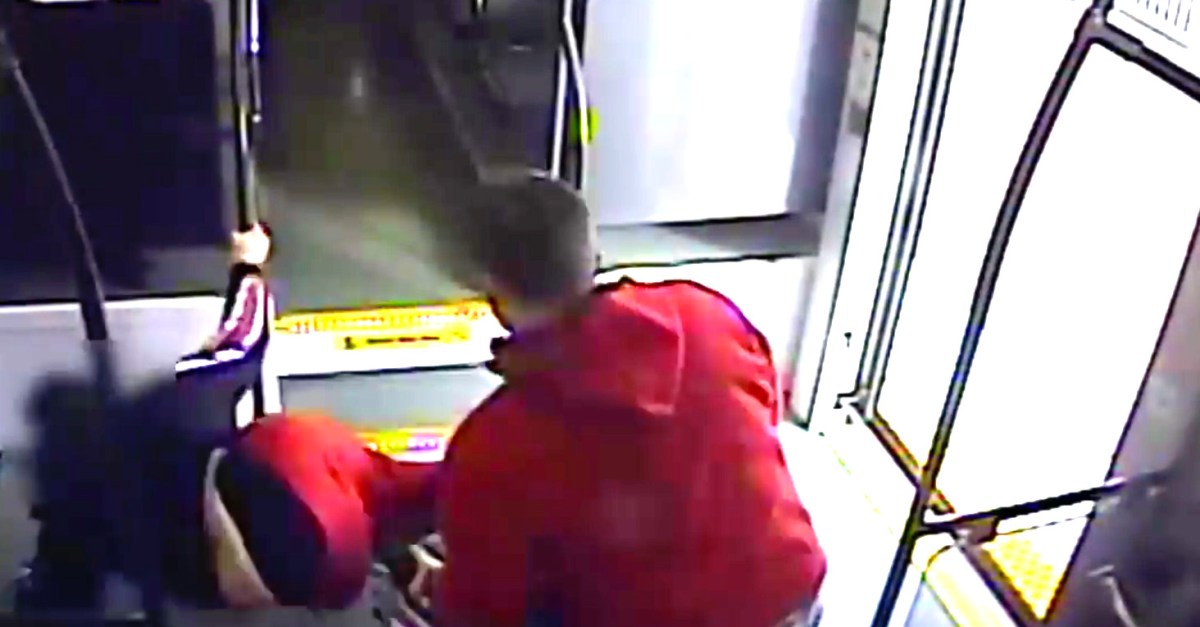 An Arizona man who was more interested in having a wheelchair than a soul has neither now after he shoved a disabled woman out her wheelchair and attempted to make off with it but was foiled by good (if a little slow to act) Samaritans.

26-year-old Austin Shurbutt was sitting on the Phoenix light rail train when, seemingly out of nowhere, he decided he wanted a lady’s wheelchair. So Shurbutt, who, with reindeer slippers on instead of shoes was dressed oddly festive for someone doing the least Christmas-y thing possible, popped up and shoved the woman out of her wheelchair. The entire ordeal was caught on surveillance video and posted to Facebook by the Phoenix Police Department.

Thankfully Shurbutt didn’t make it far. Passengers and bystanders jumped in as Shurbutt tried to make his getaway with the wheelchair. The people who stopped him did, um, take a little while to step in though. What did they think was happening when he was tossing the struggling handicapped woman out of her wheelchair? Hopefully they just weren’t near enough to act any sooner instead of, say, sitting there thinking, “Well hold on, I shouldn’t be too quick to judge here.” Normally not being quick to judge is an admirable trait but we can all go ahead and make an exception when a lady is being tossed out of her wheelchair.

Shurbutt did escape the scene without being arrested but Phoenix locals shared his picture so much that it didn’t take long for the police to find him, still in his reindeer slippers. He was charged with robbery, kidnapping, and assault and also had two outstanding warrants to his name.

Let this be a lesson to all would-be wheelchair thieves out there: don’t steal people’s wheelchairs what the hell is wrong with you!?

This story was originally published December 9, 2019.