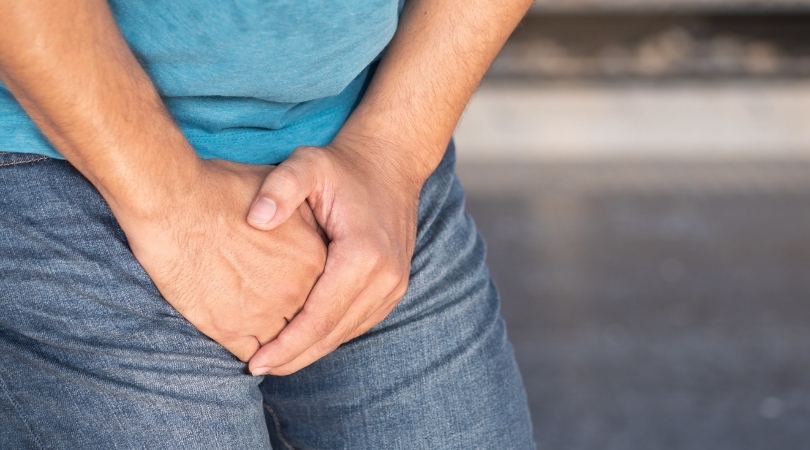 Hey people, you know how health experts have to go through several years of med school for them be able to officially practice? Yeah, it’s for a reason. They basically know what you can do to cure whatever is going on in your body. But no, some people still think that googling things on WebMD is the right thing to do and follow it, because either they are too lazy to go to the doctor or are just stubborn.

Like in this case, where a man in Tokyo literally had to get part of his penis amputated after he ‘strangulated’ the poor organ with a rubber band. Why did he do this? This man thought that this would prevent his skin cancer from spreading. Yes, you read that right. He thought that by putting a rubber band at the base of his penis, his cancer would cure itself. Boy, oh boy, talk about a rare emergency.

After experiencing an abnormal and excruciating amount of pain in his genitals, the 65-year-old man decided to visit a hospital because well, I’m sure he thought it was time to. Japanese medics at Koto Hospital in Tokyo, Japan quickly discovered the man was trying to stop his cancer from growing by tying the elastic bands around his junk. Basically, the band had already cut into his skin, causing severe tissue damage due to penile strangulation. In other words, his blood flow was non-existent on the root of the penis.

Imma have to rethink the way I’ve been stealing office supplies.

The man had a “penile tumor” in the shape of cauliflower around the glans. It was later diagnosed as squamous cell carcinoma, which is the most common types of cancer found among men. Luckily, doctors were able to treat the man successfully after he was suffering from pain for more than two months. Doctors still don’t know how long the man was using rubber bands. Luckily, the cancer had not spread and as able to go home two weeks after undergoing partial penectomy surgery.

Still, I’m pretty sure he feels so much shame after having his little guy amputated. I guess that’s what you get for trying to solve things without an expert? So dumb and unnecessary, this could have easily ben avoided. Plus, I bet that recovery was brutal.