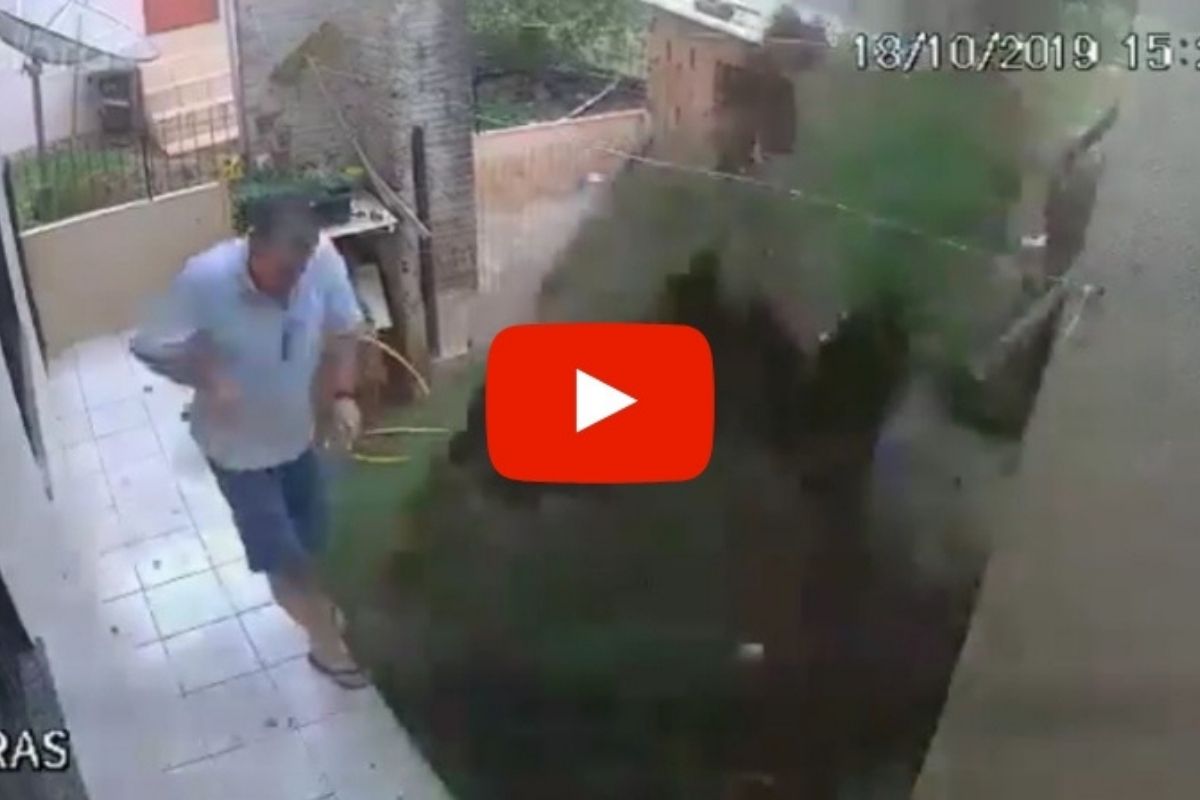 Look, I get it, cockroaches are the devil himself reincarnated. They are just the worst. Let’s not forget those cockroaches that are just hiding away in cracks waiting to jump and attack you. Those are the absolute worst. Nobody has time for a cockroach infestation! Which is why this man desperately tried really really hard to kill them.

When insects invaded his garden, Cesar Schmitz decided to try to get rid of all of them by basically setting fire to their nest. Luckily for us, it was all captured by his home security video, which shows the explosion followed by him throwing what I am assuming are matches. I would have just used a flamethrower, but matches will do.

Yeah, Here is What You Should NOT Do

Dude went to the Yosemite Sam school of how to deal with critters. pic.twitter.com/40ElxsFPem

The ground literally shoots up sending huge chunks of turf to the sky, as a garden table makes its way through the air, and the two dogs go running for their life. Straight out of America’s Funniest Video. This man must have gotten a heart attack…and an earful from his wife, that’s for sure.

As to why he wanted to get rid of them, well one, they are gross, and two, his wife complained there were a lot of them invading the garden. Since she’s scared of them, he wanted to destroy the nest under the ground once and for all.

He did attempt to use a poisonous bug spray for killing beetles, but the spray allegedly drove the cockroaches out of their burrow. So, desperate as ever, he decided to light a match and set fire to the hole. Oh, and he also threw in a cap full of gasoline, you know, for good measure.

So, there he was lighting up the matches as best as he could, throwing one by one in the hole about to cause extreme damage. Third time’s the charm, and BOOM, talk about a hilarious but unexpected explosion. I mean, what did this man expect? There was flammable methane gas from the insect venom in the air already and on top of the pile. PLUS, he added gasoline on top of it too! OF COURSE, that is going to explode!

This man is incredibly lucky, that’s for sure. If he was a few inches closer, he would have died or maybe suffered third-degree burns, for sure. Plus, let’s not forget those poor pups who got the scare of their life!

Think about the consequences, people.

Editors Note: This article was originally published on October 22, 2019.