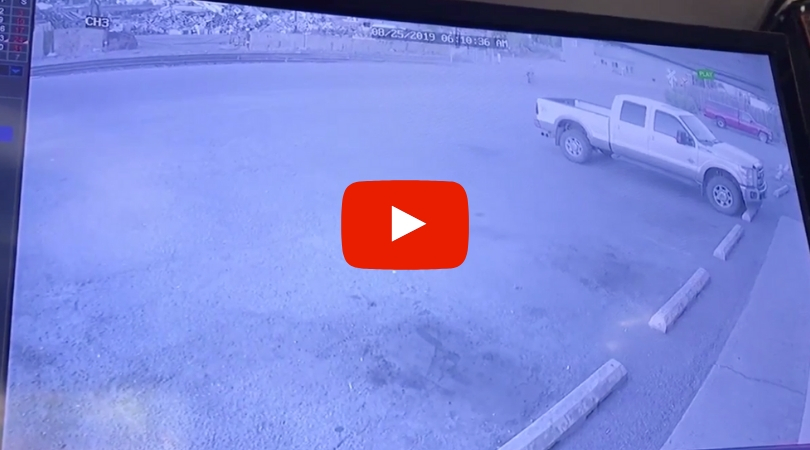 Talk about instant karma! A Tri-Cities dumb robber, William Kelley, definitely did not expect his plan to backfire, after his pickup was literally stolen while he was robbing the business across the street! Yes, this man thought he was being so smooth only to be let down and in the worst way possible.

On Monday, August 26th 2019, the incident, which surprisingly took place at 6 in the morning, occurred on the 500 block area of E. Bruneau Avenue. Kennewick Police Department responded to a call for reports of an auto theft. The owner of the vehicle told law enforcement that someone stole his red 1992 Chevy pick-up from the parking lot. William Kelley had stupidly left his keys behind on the seat which the Washington man’s car thief found and quickly drove off with the truck.

A guy got his truck stolen while he was robbing the store next door. Now that’s a tough neighborhood. 🤣https://t.co/yLfweGHShb

But, things clearly went south after police received the surveillance video and saw the reason Kelley was left without his truck was because he was off stealing items from the business across the street. So, obviously backfiring on him, he was booked in Benton County jail on a warrant and a new burglary charge. Can you imagine the hilarious conversation before his arrest, though? This is what I think happened when he was being asked by cops about his whereabouts.

Police: “So son, where did you say you were before your vehicle was stolen?”
Dumb Robber: “Oh you know, just walking around.”
Police: “Walking around? Really? Our cameras show you entering that store over there with a gun.”
Dumb Robber: “Wait, what? A gun? No, I don’t think that was me.”
Police: “Is this not you right here on the screen?”
Dumb Robber: “Well, you see officer. I hadn’t had my morning coffee so I wasn’t thinking straight. So then…”
Police: “Son, you’re under arrest for armed robbery.”

BOOM. End game for this man.

But seriously, did he really not see his arrest coming? I guess he had two ultimatums, lose his truck forever, or go to jail. If that was me, I’d give the person my truck because I wouldn’t want to go to jail. But hey, that’s just me. As far as this man’s pickup truck, well that’s still missing. But what a dummy, it’s totally his fault. Who leaves their keys in the car seat? Learn how to be a better robber, my dude.